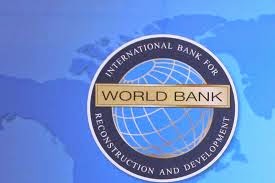 This year may well see a rare occurrence for world commodity markets – a decline in all nine key commodity price indices, says the World Bank’s latest Commodity Markets Outlook, released on Thursday.
Oil prices have seen the most dramatic decline with iron ore a close second, but all commodity categories except beverages and food other than grains, oils and fats were softer last year. This broad-based weakness is expected to continue throughout 2015 says the bank.
Oil enjoyed a rare up day to trade at $47.50 on Thursday after news of the death of the Saudi king, but prices are still down 56% from the most recent high of $108 per barrel in mid-June 2014.

That's the third largest decline since World War II – previous records of a 7-month decline of 67% were set in 1985–86 and during the global financial crisis in 2008 which saw a 75% drop.
The proximate causes of the steep drop in oil prices, however, have two key similarities with one previous episode according to John Baffes, Senior Economist in the World Bank’s Development Prospects Group:
"Both the current oil price collapse and the one experienced in 1985/86 followed an increase in oil production from unconventional sources and OPEC’s abandonment of price targeting."
The World Bank forecast sees oil prices averaging $53 per barrel in 2015, 45% lower than in 2014. The weakness in oil prices is likely to impact trends in other commodity prices, in particular those of natural gas, fertilizers, and food commodities.
Metal prices are forecast to drop 5.3% in 2015 compared to a 6.6% fall in 2014, while more moderate declines are foreseen for fertilizers and precious metals. A pullback of 2.9% in precious metal prices will result mainly from waning interest by institutional investors.
The moderation in natural gas prices is expected to lead to a 2.1% decrease in fertilizer prices according to the report.
According to the organization next year a recovery in the prices of certain commodities may likely get underway "although the increases will be small compared to the depths already reached."
Posted by Unknown at 9:18 AM