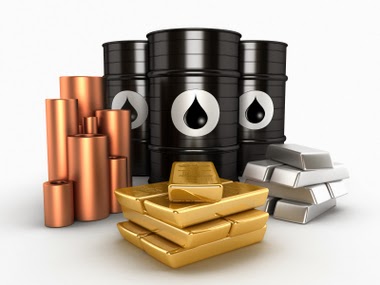 The political tensions surrounding Russia and Ukraine have potential to impact markets for a number of commodities, said Deutsche Bank in a snippet.
According to the German Bank, exports of commodities account for around half of Ukraine’s gross domestic product. Key commodity exports include agriculture, chemicals, metals and timber.
Meanwhile, Europe depends on Russia for about 30% of its gas supply. Deutsche Bank points out that gold has benefited from safe-haven flows due to the crisis.
“If there are international efforts to impose sanctions on Russia, then this could start to impact the PGM (platinum group metals) sector and specifically palladium given Russia is the world’s largest producer of palladium and given its large holdings of above-ground stocks,” said the analysts at Deutsche Bank, via Kitco News. “Nickel, oil and aluminum could also be affected.”
“However, of the major metals aluminum is probably the most oversupplied which may limit price implications from any sanction induced supply disruption,” Deutsche Bank added.
Posted by Unknown at 9:09 AM