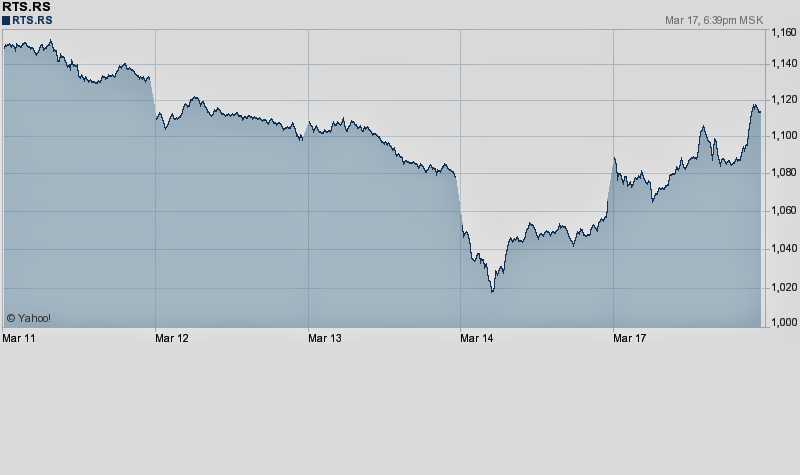 First, for those who have missed this weekend's developing story surrounding events in Crimea, here is the 30 second summary, courtesy of Bloomberg:
And here is the latest : just hours ago, Crimea's parliament officially applied to become part of Russia. The parliament "made a proposal to the Russian Federation to admit the Republic of Crimea as a new subject with the status of a republic," according to a statement on its website. A Crimean parliamentary delegation was expected to arrive in Moscow on Monday to discuss the procedures required for the Black Sea peninsula to become part of the Russian Federation.
"If everything’s signed we’ll become a fully fledged region of the Russian Federation Wednesday or Thursday,” First Deputy Prime Minister Rustam Termigaliyev says in interview at govt headquarters in Simferopol. Termigaliyev added that Crimea will promptly get $1b aid from Russia in near-term, and that Hryvnia reserves enough for 10 days, then Crimea will switch to ruble. April pensions “most likely” to be paid in rubles. Crimea can be self-sufficient in natural gas after today’s nationalization of Chernomoreneftegaz. Crimea risks 150,000 hectares being left without water if Ukraine shuts off supply, though that’s “not critical,”  says Termigaliyev.
In other news, the west continues dithering and considering just how best to telegraph to the world that it is completely helpless in stopping the annexation of Crimea, which is now a fact, and that it is praying that Putin does nothing to annex any of the other Pro-Russian cities in east Ukraine in the coming days, as once again, it has absolutely no stopping power with Putin continuing to hold all the chips.
Want to know more? then you will have to wait until tomorrow, when Putin will address a joint session of parliament on Crimea on Tuesday, the Kremlin's representative to the lower house said.
The Kremlin press service did not immediately confirm Putin would address the session of the State Duma lower house and the Federation Council upper chamber.
But Garry Minkh, the Kremlin's representative in the State Duma, told reporters the president would deliver a speech to the joint session following Sunday's referendum in which Ukraine's Crimea region voted to join Russia.

Putin Responds To US, European Sanctions: Signs Order Recognizing Crimea As Sovereign State
So much for de-escalating. From the Kremlin:

Vladimir Putin signed a decree "On the recognition of the Republic of Crimea." Full text of the Decree:

1. Given the will of the people of the Crimea on the referendum held on March 16, 2014, to recognize the Republic of Crimea, in which the city of Sevastopol has a special status, as a sovereign and independent state.

2. This Decree shall enter into force on the date of its signing.

Surely this will precede Putin's own executive order recognizing Crimea as the latest member of the Russian Federation.
One also wonders: how long until Russia freezes all assets of McDonalds restaurants operating in Russia. 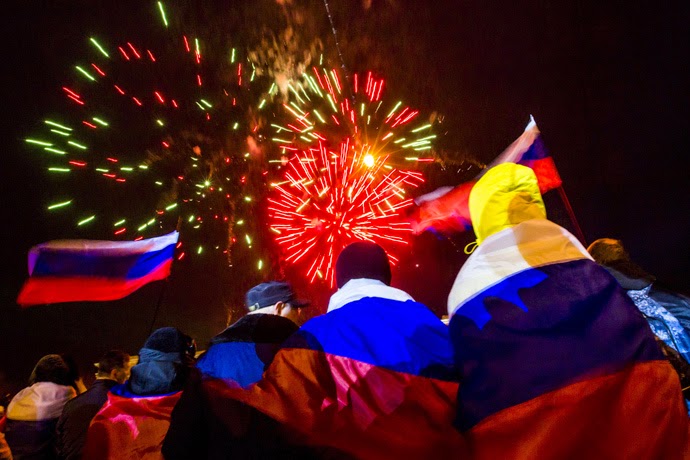