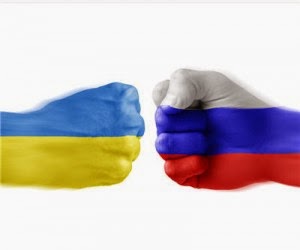 As of next week, Ukraine will pay nearly 80% more for Russian gas.
This means Moscow might charge Ukraine "close to $500 for 1,000 cubic meters of gas," according to the New York Times.
Ukraine uses gas for about 40% of its energy needs, and more than half of that supply comes from Russia.
Earlier this month Russia said it would no longer provide Ukraine with discounted gas. Under the agreement signed in 2010, Russian gas flowed cheaply into Ukraine and, in exchange, Russia was allowed to extend its lease on a military base in Sevastopol, Crimea. Now that Russia controls Crimea, it doesn't need the gas deal.
"Russia, because it committed armed robbery of Ukraine, and in this way in fact destroyed our bilateral agreement, wants to raise the price of gas for Ukraine,” Ukrainian Prime Minister Arseny Yatseniuk told reporters, as reported by the New York Times.
Ukraine has since secured $27 billion financing deal with the International Monetary Fund (IMF) to help stabilize the economy.
Posted by Unknown at 11:25 AM