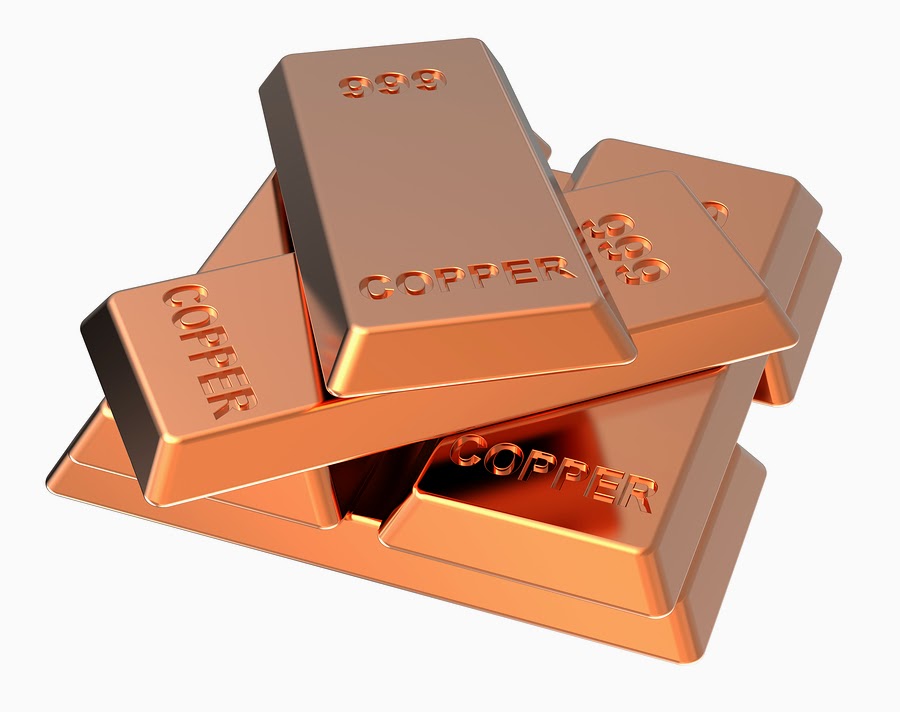 
London copper edged down on Friday and was on track for its biggest weekly loss since April 2013 on expectations of ebbing demand growth in top user China, while risk aversion over escalating tensions in Ukraine also dampened sentiment.
Copper prices have shed 9.1 percent in the past week, as short-selling escalated on a downbeat China view.
"Things aren't really looking good in China right now and that bearish sentiment may continue to push down (industrial) metals prices across the board," said Tim Radford, analyst at Sydney-based advisory firm Rivkin, adding that a break of support around $3 a pound (6,600) could ignite fresh momentum-based selling.
"That said, six to 12 months down the road, is China going to be in a worse spot than it is now? Probably not. In the short term it's looking a bit overdone," Radford added.
Three-month copper on the London Metal Exchange eased by 0.14 percent to $6,405.75 a tonne by 0206 GMT, after losing 1.4 percent in the previous session. The contract was on track for a weekly fall of about 5.5 percent.
LME copper sank to a 44-month low of $6,376.25 per tonne on Wednesday.
The most-traded June copper contract on the Shanghai Futures Exchange fell 1 percent to 44,140 a tonne, having earlier hit 44,020, close to Wednesday's trough of 43,660, which was its lowest since July 2009.
But suggesting a floor may be forming, physical premiums for copper in Shanghai's bonded zones have steadied for a fourth day at $120-$150 a tonne, according to China price provider Shmet, while some physical traders have begun to turn buyers in the market.
"The interest is finally coming in on the cathodes and the copper scrap side. That’s a good sign," said a physical trader in Singapore. "When that happens on copper that to me tends to indicate a bottom nearby."
Chinese funds taking massive short positions played a powerful role in copper's slide this week, signalling the growing force of the sector in global commodities markets.Growing jitters about the financial health of bloated industries in China have prompted many banks to cut lending in these sectors by as much as 20 percent, banking and industry sources with knowledge of the matter said.
Alongside steel, China's leaders have pointed to the aluminium market as having surplus capacity that needs to be cut.
Dampening sentiment in wider markets, Russia launched new military exercises near its border with Ukraine on Thursday, showing no sign of backing down on plans to annex its neighbour's Crimea region despite a stronger than expected drive for sanctions from the EU and United States.
Worries that sanctions on Russia may disrupt nickel shipments have helped nickel prices gain 3 percent this week to 11-month highs of $15,860 a tonne, although prices had edged back to $15,740 a tonne on Friday.
Posted by Unknown at 10:30 PM