Five major copper mines to begin operations in Peru by 2016

Five major copper mines, with an estimated investment of $13 billion, are expected to begin production in Peru before 2016, upping the country’s output of the red metal from 1.3 million tonnes last year to 2.8 million tonnes.
According to data provided by the Minister of Energy and Mines (MEM), and quoted by Gestión, the first one to begin mining is Hudbay Minerals' (TSX:HBM) $1.55bn Constancia project in Cusco, scheduled to start in August.
Next year three other projects should come in stream: The $5.2 billion Las Bambas in March, Freeport McMoRan Copper & Gold's (NYSE: FCX) $4.4bn expansion of its Cerro Verde mine in August, and US miner Southern Copper’s (NYSE: SCCO) Toquepala $900 million expansion in July.
Southern Copper is also expected to finish work at its controversial $1 billion Tía María near Arequipa in March 2016.
Copper, however, is by far the worst performer among metals so far this year and its fate is a real concern now. The red metal has already dropped 13% and futures dipped 9% last week to $6,380, from recent highs of $7,220 over the last few sessions, the lowest level since June 2010.
Global copper producers —being Chile's Codelco the largest, followed by Freeport-McMoRan, Glencore Xstrata and BHP Billiton— plan expansions of mine capacity that would add between 1.1m tonnes and 1.3m tonnes of copper per year to the market until 2016.
Such increases would be roughly equivalent to the annual output of Chile's Escondida, the world’s largest mine, which provides about 5% of  the world supply.
Peru’s steady growth in recent years has been largely driven by mineral production. Last year the country injected $9.7 billion to the local economy coming from mining, jumping 14% when compared to 2012.
Authorities has said they expect to reach similar levels by the end of this year, as there is still there is plenty for everyone to get a descent piece of the resources pie. Peru holds 13% of the world's copper reserves, 4% of gold, 22% of silver, 7.6% of zinc, 9% of lead and 6% of tin reserves, show official figures (in Spanish). 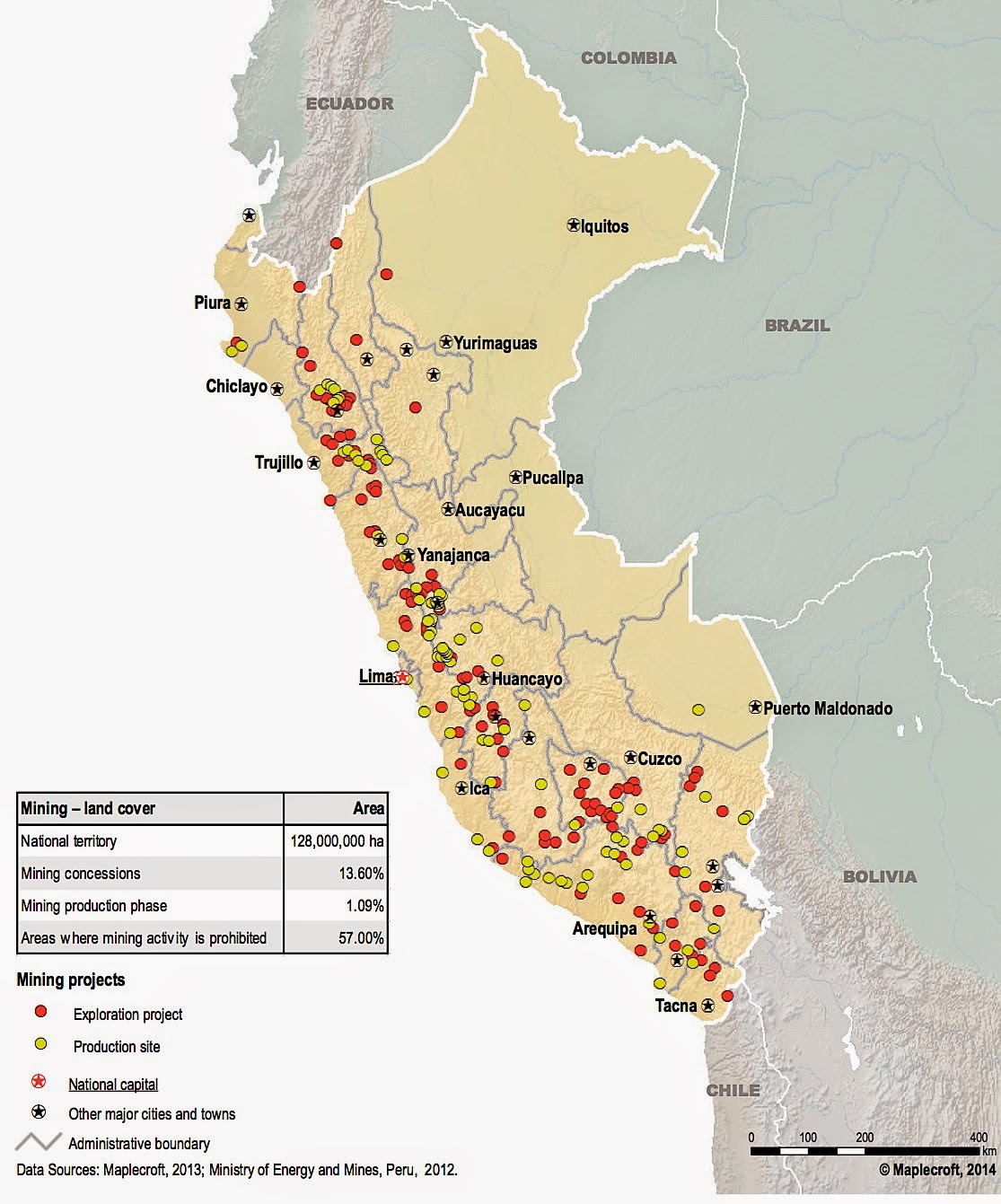