Where The Russian Troops Are "Pre-Takeover" Infographic

Crimea is last week's story. Now it is all about east Ukraine. In that vein, moments ago John Kerry's latest stand up comedy routine hit the tape which contained, besides the usual laugh lines, this particular pearl:
Is that so? We provide this map showing the latest distribution of Russian military forces on the Ukraine borders so that readers can make up their own mind. 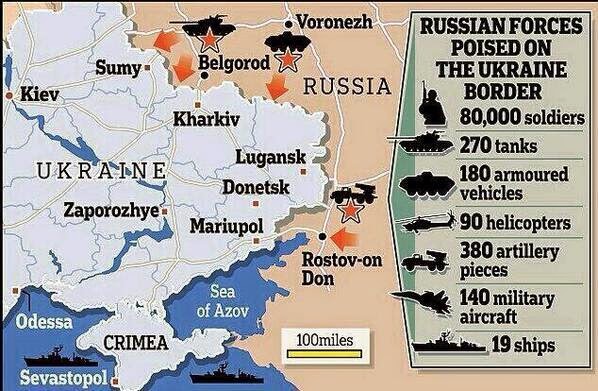 And here is another map compiled by Dmitry Tymchuk, a former Ukrainian military officer, who has established an organization, the Center of Military and Political Research on Kiev, to effectively collect and gather data about military-related facts. 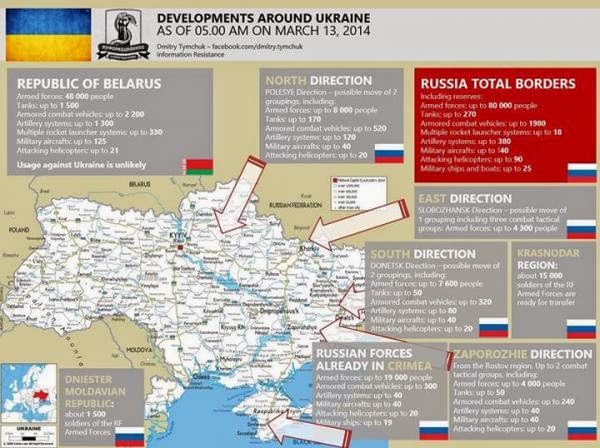 Kerry concluded:
We'll know just what those are by Sunday night. The only question: will Referendum Sunday be the new Lehman Sunday...
Posted by Unknown at 10:54 AM