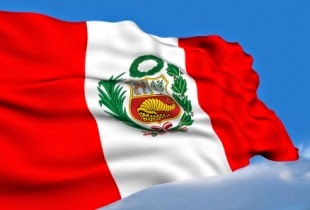 Peru posted a strong increase in copper production in January on higher output from the country's biggest mines, while gold production continued to decline, the government said Friday.
The Mines and Energy Ministry said that Peru produced 111,855 tons of Copper in January, up 19.88% from the same month last year. The increase was due to higher production at Peru's largest copper mines, including those operated by Compania Minera Antamina SA and Sociedad Minera Cerro Verde SAA.


The ministry said that Gold production declined 5.8% in January to 11.089 kilograms due to lower output from Minera Yanacocha, which is majority owned by Newmont Mining Corp., and operations owned by Barrick Gold.
Peru is a major global producer of gold, which is the country's second biggest export product.
Silver production increased 1.91% in January to 274,725 kilograms, while Zinc output fell 9.54% to 100,885 tons, the government said.
Lead production climbed 8.01% to 21,995 tons, and Tin production rose 26.73% to 2,015 tons. Molybdenum production rose to 1,437 tons, and iron output increased to 644,218 tons.
Posted by Unknown at 10:39 AM