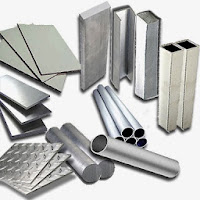 The Chinese aluminum sector will take a leading position in mergers and acquisitions in domestic nonferrous metals industry in the future, Securities Daily reported today.
From January to 13 May, 22 M&A deals, valued at 23.35 billion yuan ($3.8 billion), were made in domestic non-ferrous metals industry, the report quoted data from Zero2IPO Group as saying.
China’s State Council’s new nine measures, a guideline detailing an array of capital market reforms, and problems facing the industry are reasons behind such an expectation, it said.
The Chinese aluminum industry, featured by high pollution, high energy consumption, overcapacity and loss-making, was added to the list of inefficient capacity elimination released last year by the Ministry of Industry and Information Technology. This will promote the process of mergers and acquisitions in the industry, the report said.
Posted by Unknown at 2:13 PM