Commodity market impact will be buzzing with Modi 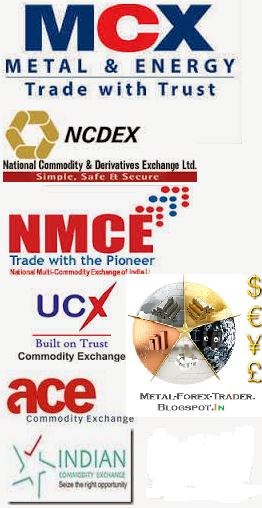 Commodity markets are planets floating constellation worse. Commodity turnover has fallen 70 per cent in a year. 5 national and 16 regional commodity exchanges in the country's turnover came on a 5-year low.
Never living on the radar of investors trading in gold and silver fell by 75 per cent. Over the past year yielding superb Metal and Energy segment's turnover has decreased by 50 per cent. Agri commodities business has drastically declined.
Of course, profits and losses are determined by the market trend. But government policies is not responsible for it. Loss of CTT, NSEL ongoing scandal over the settlement of the late Ltifi and Gold policy from above. These are some really, quite a major impact on the commodity markets are left. So what are the expectations from the new government of commodity markets, commodity markets CNBC special offer of noise impact Modi has been trying to learn.
Ram Pitre, Senior VP, Anand Rathi Commodities says that not only in the domestic market to international market demand is reflected in the commodity business. NSEL such cases in the domestic market have also made their mark.
Says Ravi Singh, head of research at SMC Comtrade on commodity exchanges is to get impact on business taxation, the commodity has risen by 50 per cent of the car trading business. The lack of warehousing business also impacted on commodity markets. So the next government in making policy for the commodity market is facing many challenges.
All India Gems and Jewellery Trade Federation chairman Haresh Soni says the government to control the Current Account Deficit banned the import of gold, but the government's decision to show the worst. Government to ban the import of gold Smaling have seen massive growth. However, as a result of government decisions gold jewelry craftsman who are victims of unemployment. The new government now hopes to put the gems and jewelery industry is the industry that the government will take good decisions.