Billions of barrels-worth of shale oil found in southern England 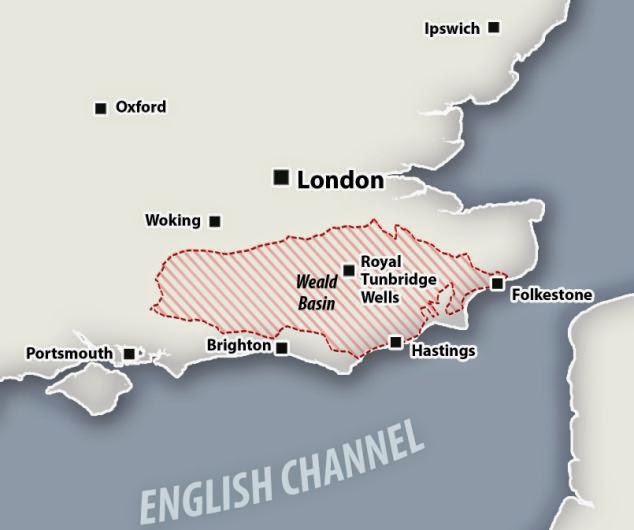 About 4.4 billion barrels-worth of shale oil have been found in the ground beneath the south of England, according to a report published Friday by the British Geological Survey (BGS).
The study, commissioned by the Department for Energy and Climate Change and released this morning, says the huge oil reserves lie under the Weald Basin in Kent and parts of Sussex and Surrey.
How much of this is recoverable is not yet known — further drilling and testing of new wells will be needed to establish this, but the discovery is set to spark a new stage in the battle between environmentalists and energy firms over the controversial topic of fracking.

The discovery has already pushed British authorities to start mulling plans to ease rules on accessing shale oil and gas, including drilling without landowners' permission

The discovery has already pushed British authorities to start mulling plans to ease rules on accessing shale oil and gas, including drilling without landowners' permission, reports Reuters.
Under the new plans, energy firms will be allowed to dig 300 metres (1,000ft) down for shale gas and deep geothermal operations provided they notify local communities and give them a “voluntary community payment” for access to the land of US$34,000 per well.

Last year, the BGS published a study of the Bowland Shale in northern England, which, it said, contained about 1,300tn cubic feet of gas. Analyst say that even if only a tenth of that were extracted, it would be the equivalent of 40 years’ gas supply for the UK.
Posted by Unknown at 8:55 PM