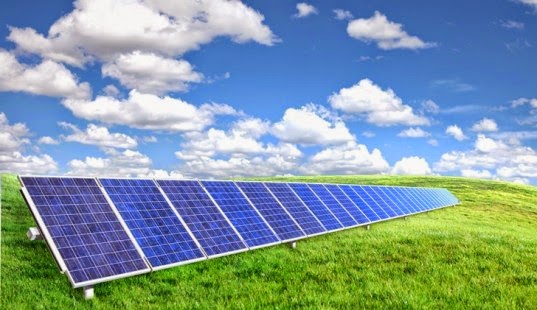 Researchers have developed a new cheaper, greener Perovskite Solar cells with no lead. They put tin instead of lead Perovskite as the light harvester. The result was a new solar cell with good efficiency than the other. It could be made easily by “bench” chemistry techniques. The manufacturing process involves the use of completely viable materials and completely eliminates hazardous materials.
Inorganic chemist, Mercouri G. Kanatzidis who has a great skill in dealing with tin, said that this was an advanced step in replacing lead with tin in the very promising type solar cell known as Perovskite. He said that the metal tin is more viable than lead and it worked good to make an efficient solar cell.
As it was in a structure called Perovskite, it is called so. Instead of lead the new one has tin as the light absorbing material. Tin Perovskite has efficiency same as that of lead Perovskite or even more. Thus it can be touted as the “next big thing in photovoltaic”. The materials was developed, synthesized and analyzed by Kanatzidis. Along with the help of Robert P H Chang, Northwestern collaborator and nano scientist, he engineered the new efficient solar cell.
The two main features of the material is it can absorb most of the visible light spectrum and second one the Perovskite salt can be dissolved and it will reform upon solvent removal without heating.
Posted by Unknown at 3:20 PM

Email ThisBlogThis!Share to TwitterShare to FacebookShare to Pinterest
Labels: Base Metal Lead, Interesting