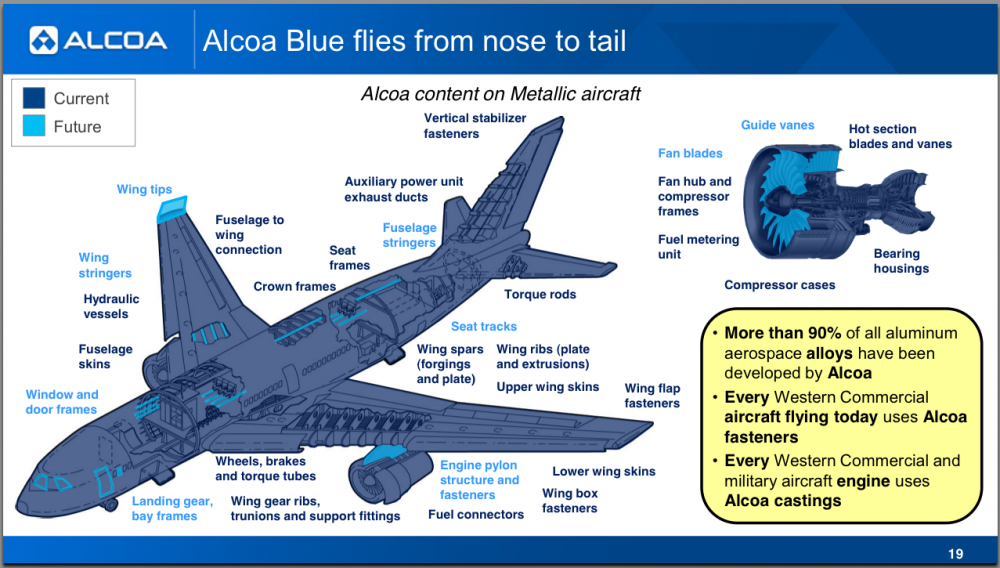 Alcoa hopes to cash in on the boom in commercial aircraft orders by building a new plant that will make engine parts for big jets.
Company officials announced Thursday that they will build a $100 million plant in La Porte, Indiana, to make nickel-based engine parts for commercial airliners. Alcoa already makes the same components - in smaller sizes - for engines that go on business jets and planes flown by regional airlines.
Boeing and Airbus are stepping up production as airlines order new, more fuel-efficient planes. Asian airlines in particular are expected to grow rapidly as a booming middle class yearns to travel.
"This is a massive growth market, more than 8 years of backlog," CEO Klaus Kleinfeld said in an interview. Alcoa expects the aerospace industry to grow by 8 percent to 9 percent this year.
Airlines have long gone through a boom-and-bust cycle, but Kleinfeld said he wasn't worried about that. He said smarter management and Asia's changing demographics will help the airlines.
The Indiana plant will make parts that form the rib cage around a jet engine's vital parts, so its customers are likely to be the big engine manufacturers such as GE and Rolls Royce. Alcoa wouldn't disclose customers, but said it has enough long-term contracts to support the facility, which is due to be completed late next year and eventually employ 329 workers. Alcoa said it could get up to $4 million in state tax credits for job creation and another $7.1 million in city tax incentives over 10 years.
The plant is part of Alcoa Inc.'s strategy to downplay its roots as a mining and aluminum-smelting company, which includes a large smelter near Goose Creek. Aluminum prices haven't recovered from the deep recession in 2008, and Alcoa has been idling smelters to reduce capacity and cut costs.
The company has been increasing its focus on producing finished aluminum products for aerospace, autos and other industries. Those segments account for more than half of the company's revenue and three-quarters of its after-tax operating income.
Posted by Unknown at 5:08 PM