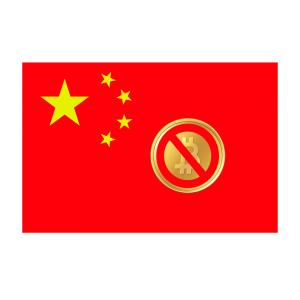 As more Chinese banks have moved to close bitcoin trading accounts this week, online platforms for the virtual currency's transactions are struggling to survive.
Industrial and Commercial Bank of China on Thursday said it had decided to bar trading activities related to bitcoin.
The previous day, Agricultural Bank of China, China Guangfa Bank and Shanghai Pudong Development Bank all announced that they had banned customers from using accounts to trade bitcoin.
Announcements posted on their websites said that any institution or individual is not allowed to use accounts opened in the bank for deposits, withdrawals and transfers of funds for bitcoin and litecoin trading.
This is aimed at protecting the property rights and interests of the public, maintaining the legal currency status of the renminbi and preventing money laundering risks, the statements said. If customers break the rules, the banks will suspend or shut down their accounts.
Bitcoins, stored in a virtual wallet, can pass from person to person around the world in secret, allowing users to remain anonymous, bypassing both banks and banking regulators worldwide.
As the crypto-currency has the potential to be exploited for fraud and presents high risk investment opportunities, it has aroused controversy.
The bans followed a warning from Chinese regulators in December. Five government departments including the central bank cautioned people on the risks related to bitcoin and demanded financial and third-party payment institutions not engage in transactions involving the virtual currency.
According to statistics released by Huobi, one of the leading bitcoin exchanges, transactions have dropped monthly since December. In April, the price of bitcoin decreased by 30%, while the transaction volume fell by 40% on the previous month.
Five leading Chinese bitcoin trading exchanges, including BTC China, Huobi and OKCoin, released a statement on Tuesday, promising to restrain from excessive speculation and cooperate with regulators.
Bitcoin transactions on these five exchanges take up more than 80% of the total Chinese market.
"If China maintains tough regulatory policies, the price of bitcoin will definitely keep dropping," said Du Jun, co-founder of Huobi.
It is a matter of urgency for Chinese bitcoin trading platforms to speed up overseas expansion. "We are developing some overseas platforms right now," Du said.
Last year, China became the most active bitcoin market in the world. Exchange platforms have also attracted many international investors.
He Yi, OKCoin vice president, said his company started tapping into the overseas market at the end of 2013.
"But it does not mean we are giving up on the Chinese market. Going global was one of our original plans," he added.
The restrained bitcoin trading service in China has affected the virtual currency on the global market.
According to statistics released by Blockchain, a popular bitcoin wallet, the global market value of the virtual currency has slumped to US$5.6 billion from a record high of US$13.9 billion in December.
In February, Tokyo-based Mt Gox, once the world's largest bitcoin exchanges, suddenly shut down after hundreds of millions of dollars worth of bitcoin was stolen following a number of cyber attacks.
Overseas expansion is not easy, but insiders regard it as an opportunity.
Li Qiyuan, CEO of BTC China, said more exchanges may close down in the future. "The market will select the superior and eliminate the inferior. Only professional exchanges may survive," he said.
People like Li still have confidence in the market despite regulations being adopted by countries worldwide.
"Bitcoin does not belong to China or America. It is a global digital currency. It will survive as long as countries allow trading," Du added.
Posted by Unknown at 9:00 AM

Email ThisBlogThis!Share to TwitterShare to FacebookShare to Pinterest
Labels: Bitcoins