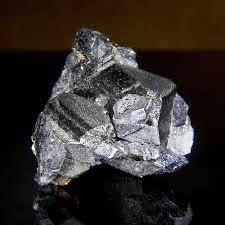 With market deficit set to worsen, the zinc prices may reach new heights in the near future. Analysts see bright chances of zinc outperforming the metal pack as nickel did in 2014. The Russian crisis and the Indonesian ore ban saw nickel prices surging nearly 40% YTD.
The declining supply levels are expected to drive the zinc prices higher. According to BofA Merrill Lynch estimates, the zinc prices are poised for a 15% upside from current levels by 2015. The zinc price is all set to breach $2,400 per tonne as early as next year. The zinc prices have remained almost flat since start of the year at around $2,100 per tonne.
MMG Limited that operates Century Mine in Queensland have already announced that the zinc production from their mines could drop to 465,000 tonnes this year, as against the 488,000 tonnes during 2013 and 515,000 tonnes during 2012. A series of mine closures scheduled for the second half of the year may aggravate the supply deficit.
On the other hand, the global economic recovery has bolstered the demand for zinc. The metal is mainly used for galvanizing purposes by the steel industry. Zinc is also used extensively in battery production industry and automobile industry. According to report released by the International Lead and Zinc Study Group (ILZSG), the apparent demand for zinc in China grew by 7.6% in 2013. Incidentally, China accounts for almost half of the global zinc consumption.
According to industry sources, the zinc output from mines is expected to remain subdued in the near future. On the other hand, global demand for zinc is poised to scale new heights. This could drive the zinc prices much higher, thus making it the star of the base metal pack.
Posted by Unknown at 1:00 AM