Gold production in Australia, the world's second-biggest producer after China, declined 7% due to bad weather in Q1 2014.
According to industry consultant Surbiton Associates output declined to 68 metric tonnes in the three months through March compared to Q4 last year, but is up 8% year on year.
Heavy rain in the Goldfields region of Western Australia in mid-February is to blame for the drop according to the Melbourne-based firm.
Full mining at top producer in the region Regis Resources' Garden Well mine may only resume in June after it was submerged.
The price of gold is up nearly 8% this year, but down sharply from 2014 highs struck in March to trade below $1,300 an ounce. 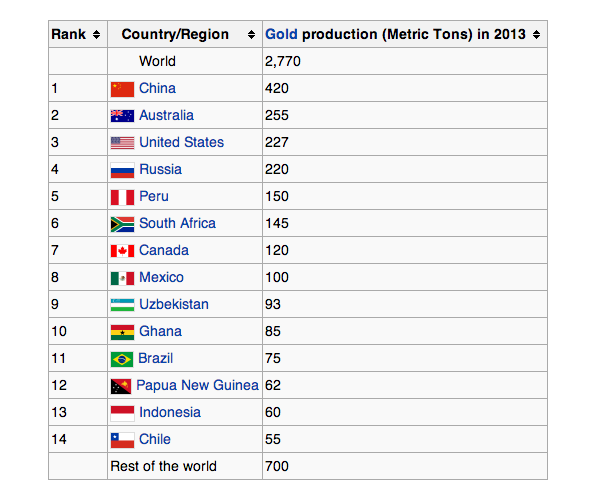 Source: USGS via Wikipedia
Posted by Unknown at 9:34 AM