China Aluminum Sales for Use in Beer Cans Foiling Deficit 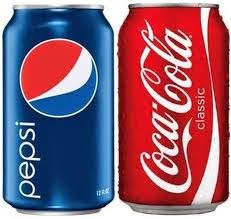 Aluminum factories in China are rolling more metal into shapes for beer cans and cigarette packaging, maintaining an eighth year of surplus even as producers from Alcoa Inc. (AA) to United Co. Rusal curb output.
China, which accounts for half of the world’s aluminum, will produce 2.5 million metric tons more than it uses in 2014, exceeding the 2 million tons of capacity cuts elsewhere since 2013, Morgan Stanley says. While most of China’s surplus is staying home, its shipments of processed metal are growing. The net global surplus will be 160,000 tons, according to the median estimate of 10 analysts in a Bloomberg survey.
Fabricators have an incentive to unload supply. With tariffs making exports unprofitable for typical 25-kilogram (55-pound) blocks, more metal is turned into sheets, foil and plates that fetch government rebates. Output of aluminum products in China surged 25 percent in April from a year earlier and exports in March were the highest since the record in 2011.
“Semi-finished fabrications will continue to grow this year, especially in capacity,” said Paul Adkins, the managing director of AZ China Ltd. in Beijing who has worked in the aluminum industry for three decades. “Factories are looking now for export opportunities.”
Aluminum, used in everything from aircraft to window frames, is little changed this year at $1,799.25 a ton on the London Metal Exchange, after dropping as much as 7.7 percent from a five-month high April 11. The Standard & Poor’s GSCI gauge of 24 commodities is up 3.5 percent in 2014, while the MSCI All-Country World Index of equities rose 2.1 percent and the Bloomberg U.S. Treasury Bond Index advanced 2.7 percent.

Aluminum output expansions in the Middle East and China’s Xinjiang region are adding to the surplus, Morgan Stanley says. The Asian country’s shipments of aluminum products, including sheet, plate and foil, rose 10 percent in 2013 to 3.1 million tons, the most since at least 2004. The total is equal to about half of European demand, according to the bank.
In April, China produced 4.07 million tons of aluminum products, up 25 percent from 3.26 million tons a year earlier, the National Statistics Bureau data showed yesterday.
China produced a record 25 million tons of primary aluminum last year, or 49 percent of global supply, according to Credit Suisse Group AG. Demand, including metal turned into semi-finished products and exported, was 24.88 million tons, or 49 percent of the world total. This year, China will use 26 million tons, Edinburgh-based consultant Wood Mackenzie Ltd. said.

“China is capable of exporting large volumes to the rest of the world,” said Edgardo Gelsomino, a Wood Mackenzie analyst in London. “Any ton of aluminum semis or aluminum fabricated products exported from China will reduce demand for aluminum outside China.”
China has a 15 percent tax on exports of aluminum blocks called ingots, and exempts shipments of alloyed products, according to CRU, a London-based metals consultant. That creates an incentive for fabricators, Wood Mackenzie’s Gelsomino said. A 10-ton block can be converted to a foil so thin it is used in cigarette packs.
Stockpiles tracked by the Shanghai Futures Exchange more than doubled this year to 409,137 tons, the highest since June 2013. Global inventories, both monitored and unmonitored, will reach a record 15.8 million tons by the end of 2014, compared with 13.8 million tons last year, Wood Mackenzie estimates.

Prices may get a boost from rising demand as the surplus narrows. Aluminum may average $1,855 in the fourth quarter, up 3.1 percent from now, according to the Bloomberg survey.
Global demand will grow about 7 percent this year and in 2015, according to Citigroup Inc. The future growth rates should “easily outstrip those of other base metals,” Robin Bhar, an analyst at Societe Generale SA, said in a March report.
More than 280 billion beverage cans are made worldwide each year, with more than 85 percent of them made from aluminum, according to Novelis Inc., whose customers include Coca Cola Inc. A 330-milliliter (11-ounce) can weighs about 13 grams (0.03 pound), according to the International Aluminium Institute in London.
Sales of auto sheets by New York-based Alcoa will rise to $1.3 billion in 2018 from $330 million this year, mostly driven by increased use in lighter-weight vehicles including Ford Motor Co.’s F-150 pickup truck, Klaus Kleinfeld, chief executive officer, said in an April 8 conference call.

Transportation accounts for 20 percent of use, according to Bank of America Merrill Lynch. Global sales of cars and light commercial vehicles will rise 5 percent this year to a record 88.4 million vehicles, researcher LMC Automotive Ltd. estimates.
With production cuts that include Alcoa and Rusal, the surplus expected in the Bloomberg survey would be the smallest since 2006, while Barclays Plc and Bank of America are predicting an output deficit.
Delivery delays at some warehouses monitored by the LME exceed two years, exchange data show. As much as 80 percent of aluminum in LME stockpiles may be tied to financing arrangements, Paris-based Societe Generale estimated in January.
Still, China keeps expanding. Capacity for rolled products grew 19 percent last year and probably will increase at least 10 percent annually in the next few years, said Yuya Pan, a CRU consultant in London. The market for these products is oversupplied in China, she said.
“We don’t have the deficit right now,” said David Wilson, an analyst at Citigroup in London, who has followed the market for two decades. “It doesn’t matter that the western world is in deficit if aluminum demand is being met by just a different stage in the production process from China.”
To contact the reporter on this story: Agnieszka Troszkiewicz in London at atroszkiewic@bloomberg.net
Posted by Unknown at 2:33 PM