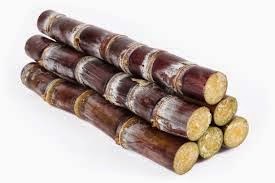 An El Nino will probably start as soon as July, according to the Australian government forecaster, adding to predictions for the event that can transform weather around the world and roil commodity prices.
All the climate models surveyed indicated that an El Nino was likely this year, with six of seven models suggesting that thresholds for the event may be exceeded as early as July, the Bureau of Meteorology said in a statement today. A warming of the Pacific Ocean, which drives the changes by affecting the atmosphere above it, will probably continue in the coming months, the Melbourne-based bureau said.
El Ninos can bake Asia, while bringing wetter-than-usual weather to parts of South America and the U.S., challenging farmers from Indonesia to Brazil with too little rain or too much. Palm oil and sugar were listed by Goldman Sachs Group Inc. this month as among crops that may be affected if an El Nino sets in. The World Meteorological Organization warned last week of a dramatic rise in world temperatures should an El Nino reinforce human-induced warming from greenhouse gases.
“El Nino has an impact across much of the world, including below-average rainfall in the western Pacific and Indonesian regions,” the bureau said. “For Australia, El Nino is usually associated with below-average rainfall, with about two thirds of El Nino events since 1900 resulting in major drought over large areas of Australia.”

The last El Nino to form was in 2009 to 2010, and since then the Pacific has either been in its cooler state, called La Nina, or neutral. Disruptions associated with El Ninos have been most important for agriculture markets, with palm oil, cocoa, coffee and sugar most affected, Goldman analysts including Jeffrey Currie wrote in an April 13 report. An El Nino would boost risks to soft-commodity price forecasts, they wrote.
The chances of an El Nino have increased to 65 percent from 52 percent, the U.S. Climate Prediction Center said on April 10. There are signs that an El Nino is imminent, presaging changes to global weather patterns, the United Nations’ World Meteorological Organization said April 15. Two weeks ago, the Australian bureau put the odds at more than 70 percent.
Posted by Unknown at 1:05 PM