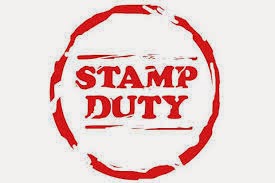 The West Bengal Government has increased stamp duty on contract notes, a move that is likely to result in a fall in trading volumes at commodities exchanges.
According to recent notification , the State Government has imposed a stamp duty of 50 paise for every ₹5,000 in commodities traded.
Earlier, the stamp duty was 50 paise per contract, irrespective of the value of the contract.
The increase in stamp duty is likely to impact several commodity traders who are a part of these exchanges.
Low margin biz
Commodity traders generally operate on typically low margins, and depend mostly on high volumes to make money on trades.
A senior official at a commodity exchange, who did not wish to be identified, pointed out that an increase in stamp duty will logically lead to a decline in trade volumes as business will become unviable.
However, the trend is likely to be felt only over the coming months.
“Either these people will stop trading or they might move to some other state where the stamp duty is lower,” the official pointed out.
NSEL crisisThe increase in stamp duty is the latest in a series of incidents, including the introduction of the commodities transaction tax in 2013 and the payments crisis at the National Spot Exchange Ltd, that have resulted in a fall in trading volume at commodities exchanges .
Posted by Unknown at 10:00 AM