'No Alternative to Russian Gas'

Even Germany's vice chancellor Sigmar Gabriel realizes that there is no alternative to Russian gas for Germany, at least not in the near future. It should be noted to this that Germany's energy policy has driven energy prices to the very edge of what the population and industry can still handle.
On the one hand, there is the vast subsidization of 'green energy', which is not only thoroughly uneconomic and blighting the landscape, but the costs of which have been off-loaded on consumers, who pay a special 'ecological fee' on top of their already far too high bills.
On the other hand, after the Fukujima accident, Germany's government quickly gave in to pressure from the Greens and decided to completely phase out nuclear energy (as if Germany were in danger of being hit by a tsunami). This is of course a completely futile gesture, as the country is surrounded by other countries brimming with nuclear reactors over which it has no control whatsoever (admittedly, even one nuclear accident would be one too many). However, this hasty step has once again made electricity more expensive.

We have come across a neat infographic published by RIA Novosti on the countries harboring large oil and gas reserves – all data are per capita and in USD terms. 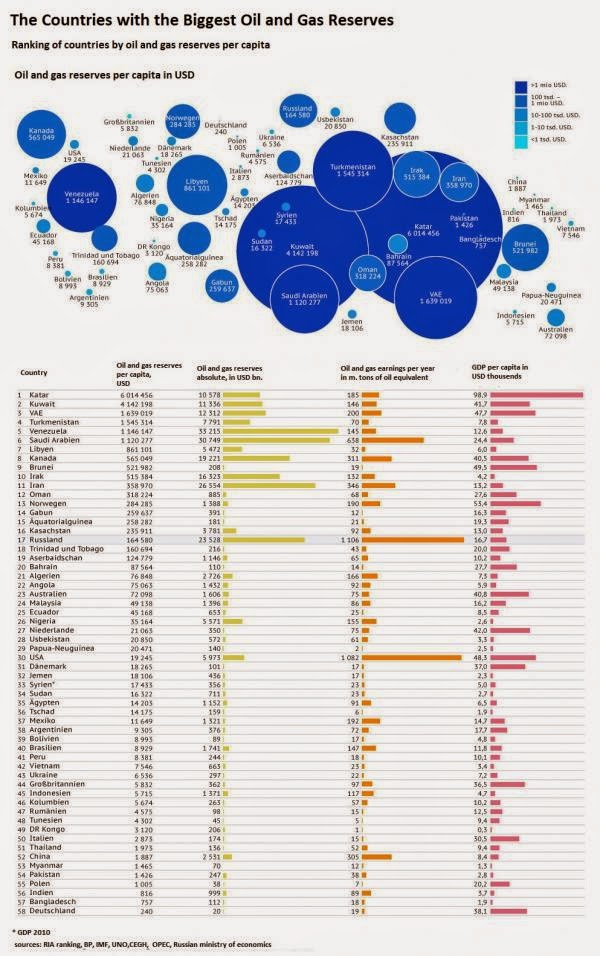