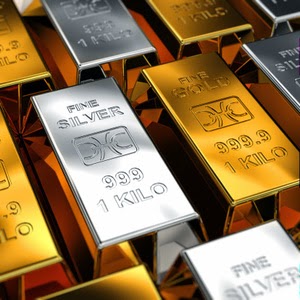 The Indian Government on Tuesday announced cut in import tariff value for gold and silver. The import tariff value of gold was slashed by 5.39% and that of silver was reduced by 7.20%, in tandem with prices of precious metals in the international market.
The Central Board of Excise and Customs (CBEC) issued notification in this regard reducing the gold import tariff value to $421 per 10 grams. The import tariffs are being slashed from the existing $445 per 10 grams. Meanwhile the import tariff value of Silver has also been cut from $694 per kilogram to $644 per kilogram.
The government move to lower the import tariff value is in track with the weakening gold prices in the global and domestic markets. Gold in India extended losses for third straight day falling by Rs.40 to Rs. 29,260 per ten grams in New Delhi. On the other hand, Silver made a marginal rebound of Rs.100 to touch Rs. 43,500 per kilogram, snapping its two-day fall. The yellow metal hit fresh seven-week low on Tuesday, forcing the government to cut the import tariff value.
The gold imports during the financial year ended March 31st is estimated to be at six-year low of 557 tonnes, as against 815 tonnes imported during the prior fiscal year. The imposition of tight controls over gold imports including the excessively high duty on imports have led to curtailed official gold import by the country during FY ’13.
Tariff value is the base price on which the customs duty on imported gold or silver is calculated and it further helps prevent under-invoicing.
Posted by Unknown at 8:16 AM