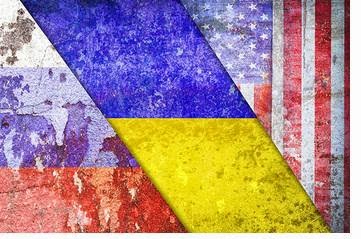 UPDATE: Dutch fighter jets were scrambled after Russian bombers approached Dutch airspace; the Russian planes turned away
With both sides appearing to have entirely un-de-escalated and the truce deal now a thing of the past (besides a few hundred Dow points), the Russians are speaking up today - and are not happy:
And, on the heels of Turchynov's official restart of the so-called anti-terrorist operation, Russia is calling on Ukraine to pull back military from Ukraine's southeast... and rattles its sabre by undertaking a military exercise on the border.

*RUSSIA CALLS ON UKRAINE TO REMOVE MILITARY FROM SOUTHEAST: RIA

and in addition
All of this sets the scene for an important set of meetings next week...

Slovakia planning talks on use of gas pipeline in reverse to supply Ukraine on Apr. 28 in Bratislava, Eustream pipeline operator spokesman Vahram Chuguryan says by phone

So to sum it all up: