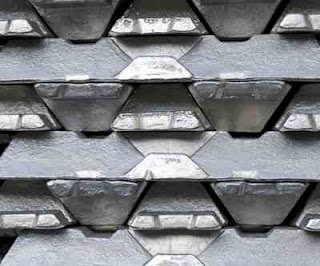 A market in deficit?
The ILZSG said last week at a Portugal-based meeting that it sees that trend continuing in 2014. Specifically, it believes that, driven by increased zinc usage in China, Europe and the United States, global demand for the metal will exceed supply by 117,000 MT this year, as per The Wall Street Journal. Respectively, consumption in those locations is expected to rise 5.8, 3 and 1.7 percent. For its part, worldwide zinc use should rise by 4.5 percent, hitting 13.58 million MT.
Meanwhile, the group expects global zinc mine production to increase just 2.6 percent, to 13.57 million MT.
Of course, it’s impossible to say with certainty where zinc prices are set to head. But if the ILZSG is correct and zinc demand does continue to outpace supply, positive price movement may be in store for the base metal.
Looking longer term
Two longer-term — but equally positive — zinc forecasts, both out of the aforementioned International Zinc Conference, reveal that at least two zinc market watchers are optimistic that further good fortune is in store for zinc.
One is Stephen Wilkinson, director of the International Zinc Association. Platts quotes him as saying that new initiatives could add 1.9 million MT of demand to the zinc market over the next three years. Interestingly, Wilkinson identified health and fertilizer applications as two “key areas of demand” for the metal moving forward, though he also said that “[z]inc is becoming more and more married to steel.”
The other is CRU analyst Helen O’Cleary. She told conference attendees that zinc prices could rise to between $4,000 and $4,500 per MT by the end of the decade, another Platts article states.
That’s a far cry from the $2,060 per MT that LME zinc was selling for at the beginning of January and even further from yesterday’s price tag. However, O’Cleary believes the prediction is realistic given that during that time “demand will run ahead of supply pushing the metal closer to ‘pinch point’” — essentially, she’s counting on a continued deficit.
Zinc market watchers have awhile to wait before it becomes clear whether higher prices for the metal will become the norm. Until then, perhaps they had best enjoy the metal’s most recent high point.
Posted by Unknown at 9:15 AM