Global aluminium market to shift to deficit in 2014: HSBC 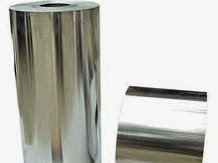 The Metals Quarterly Report for Q2 2014 released by HSBC forecasts the global aluminium market to turn into deficit from surplus during 2014. However, the firm believes that the market may remain balanced in 2015.

HSBC states that it has lowered its non-Chinese production forecasts for 2014 and 2015 to 640,000 mt and 940,000 mt respectively.
According to HSBC, the recent weak prices of aluminium have forced major facility shutdowns, which in turn may shift the market from surplus to deficit during this year. The global aluminium market may witness a global deficit of 144,000 mt in 2014. But the market may move back to 288,000 mt surplus by 2015.
The global surplus is likely to widen during 2016 and 2017,it added. This is mainly on the back of expectations that delayed projects in India and Russia may become online during 2016-’17. The bank anticipates new production to the tune of 4 million mt coming out of new smelters in these countries as well as in Russia, Canada and the Middle East.
The bank has also lowered its demand growth estimates for the five-year period from 2013-2017 down to 5.5% from 5.7%. The average aluminium price for 2014 may remain at $1,887 per mt. The prices may move above $2,000 per mt by the end of the year 2014.
Posted by Unknown at 11:57 AM