Copper has been out of favour with hedge funds for a long time.
The red metal is the ONLY commodity in a list that includes everything from lean hogs and NY Harbor Ultra-Low Sulfur Diesel to cocoa and gold, that so-called managed money investors have placed in a net short position.
Hedge funds on the New York Comex have placed bets to the tune of 375 million pounds of copper that the price will go down according to CFTC data.
This year those bets have paid off big time with copper falling to a near four-year low of $2.88 a pound mid-March.
After a steady recovery, the price of the metal dipped below $3.00 again last week. 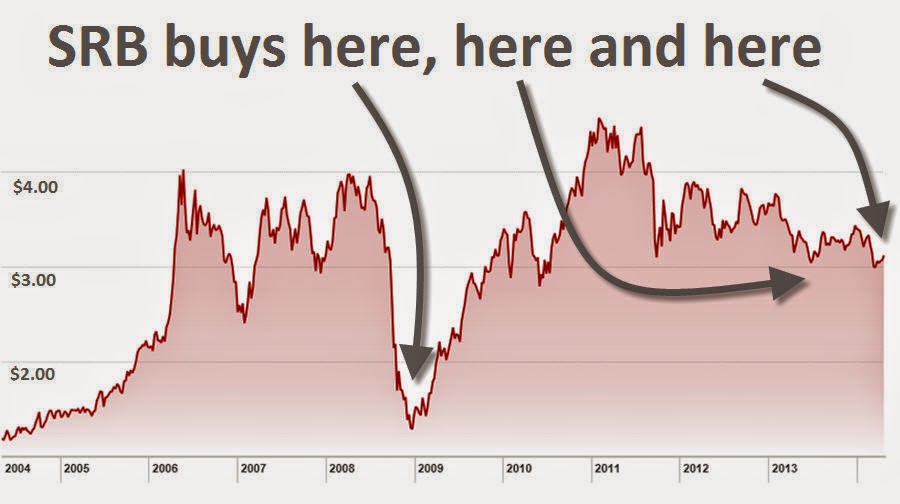 But when a new report surfaced Wednesday indicating that the Chinese State Reserves Bureau has bought up to 350,00 tonnes of copper between March and April to move into state warehouses it lit a fire under the price.
Orders from Beijing to buy when prices fall below $3.15 and to pick huge loads should copper go below $3.00 immediately put a floor under the price.
That sent managed money scrambling for July contracts to cover their positions.
After a jump yesterday, Friday saw copper consolidating its gains trading at a seven-week high just above $3.10.

Beijing was a big buyer during the height of the 2008 financial crisis, making the most of prices as low as $1.30 a pound

The last time the SRB intervened in base metals markets was in June 2013 when the copper price turned around before hitting $3.00 after sliding from a $3.70 high in February of that year.
The Chinese government, which naturally doesn't disclose purchases publicly, was also believed to be a big buyer during the height of the 2008 financial crisis when it made the most of prices as low as $1.30.
At the time of the 2013 reports, one metals trader told the FT the SRBs purchases "may be interpreted as a bullish sign," adding:
"If you had bought copper every time the SRB bought copper you would have made a fortune"
Fresh data about hedge funds' short and long positions as at Tuesday this week will be released by the US Commodities Futures Trading Commission after the markets close Friday.
It should reveal whether managed money anticipated the Beijing-inspired rally or blew their copper bets.
Posted by Unknown at 11:48 AM