Aluminum market to end up in deficit of nearly 1.2 million mt, says Rusal 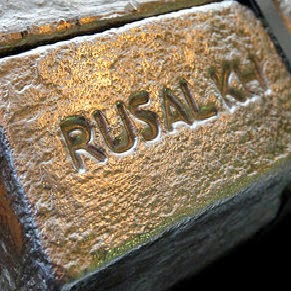 Rusal- the world’s leading aluminum producer said Monday that the world aluminum market is likely to report a deficit of nearly 1.2 million mt by end of this year. The company also predicts that aluminum will remain bullish in near term. They further believe that the aluminum prices are currently undervalued.

According to the Russian aluminum major, there is a general conviction among the industry participants and investors that aluminum prices are currently undervalued. The company has become increasingly bullish on the near term prospects for aluminum price.
Rusal also stated that there are very little chances for capacity additions outside China beyond 2015. The global aluminum market is likely to end up in a deficit of nearly 1.2 million mt in 2014. The deficit may lower to 985,000 mt in 2015.
The new capacity additions in China will be offset by the smelters that are idled on non-profitability issues. It notes that the total capacity additions in the country during the first five months of the year totaled 2.4 million mt. However, smelter capacities to the tune of 2.1 million mt were closed during the same period, thus maintaining the balance in production.
The mineral export ban by Indonesia has reduced supplies of bauxite ore to aluminum industry. The Indonesian bauxite shipments to China have fallen drastically during the year from levels of almost 4 million mt in 2013 to just around 4 million mt during the first five months of the current year.
Based on all the above factors, Rusal forecasts the aluminum prices to touch $2,000 per mt in the next few months itself.
Posted by Unknown at 11:43 AM