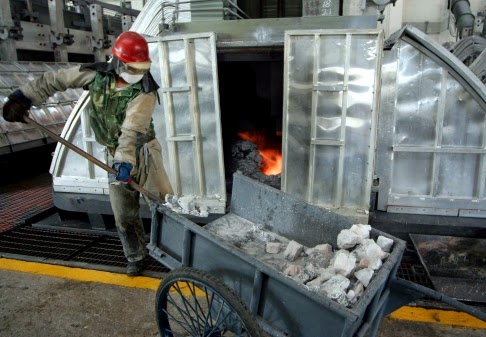 The rebounded aluminum prices and anticipated government incentives by provincial government have led to some smelters restarting some of the idled capacities.
According to analysts, the decision by the smelters is likely to weigh heavy on domestic aluminum prices in China. This may also boost exports of primary aluminum and other products from the country, which in turn may exert pressure on the international prices too.
Earlier, the country had faced severe oversupply crisis. The domestic prices of aluminum had dropped to five-year lows. This had forced many aluminum majors to cut down production by idling high-cost capacities. As per Antaike estimates nearly 2 million tonnes of aluminum smelting capacity were idled in China during the past five to six months. The country’s annual operating capacity as on December 2013 was reported at 23 million tons.
According to industry sources, nearly one-fourth of the closed 2 million tonnes of closed facility is likely to start functioning during the forthcoming months. Estimates provided by Antaike also suggest that approximately 500,000 tonnes of smelting capacity is likely to be restarted soon.
However, the production of primary alumina may be adversely hit due to shortage of bauxite. The ban on ore exports by Indonesia may curtail the production of primary alumina.
Posted by Unknown at 3:51 PM