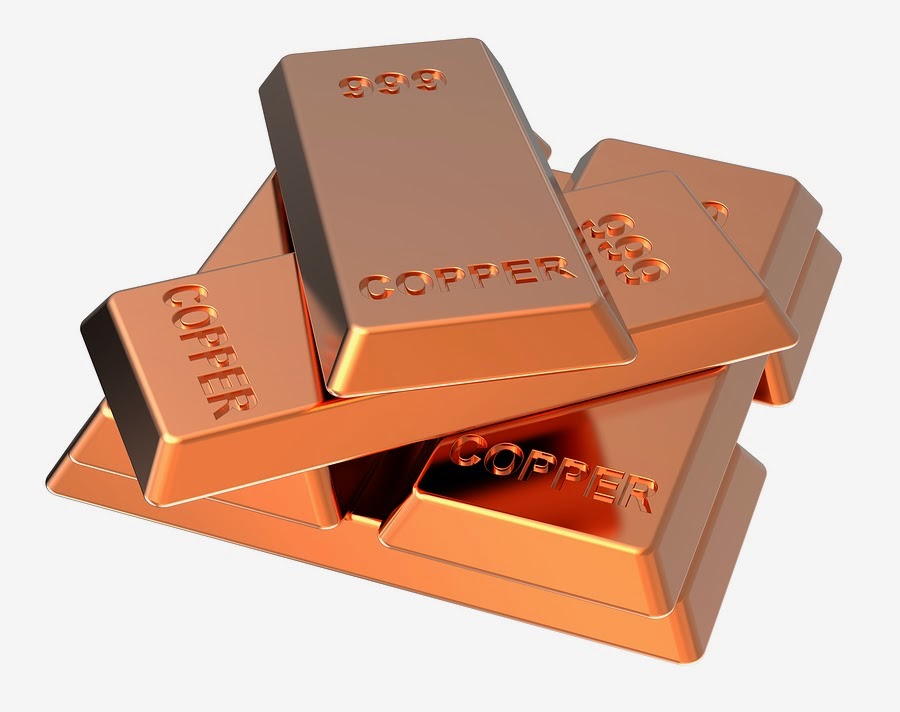 Thousands of tonnes of "invisible" copper now being hurriedly ushered out of some Chinese warehouses may remain out of sight for months longer, as banks and traders seeking safer havens for their metal opt out of the London Metal Exchange network.
The fear of fraudulent financing at some storage depots in Qingdao port has prompted some banks and merchants to cut credit for financing deals or relocate metal to better-known warehousing firms, including some in South Korea and elsewhere that are part of the LME's vast system.
The shift away from China's opaque warehouses fueled concern among traders of a potential rise in stockpiles warranted in the LME network, data that would likely add pressure to sliding prices. As much as 300,000 tonnes of copper, nearly twice the entire inventory held in the LME's global warehouses, could be released by September, according to analysts at Macquarie.
But it is far from certain how much, if any, of that metal will appear in the LME's daily tallies, say some market sources familiar with the complex financing deals that have ballooned with China's loose access to credit.
Some of the metal is staying in China, moved to warehouses owned directly by operators, rather than rented by third-parties, say people involved in the market. That would be enough to placate companies worried about whether their stocks have also been pledged as collateral on another loan. [ID:nL4N0OS3S7]
Alternatively, it may still get sent abroad but to sheds run by exchange-approved companies in "off warrant" storage outside of the LME's official accounting system, some said - ensuring it is safe and secure but not necessarily deliverable.
The uncertainty over how much metal is being moved, and where it will end up, is the subject of frenzied speculation as banks scramble to assess their exposure to the alleged fraud, which has roiled the global copper market over the past week.
"The unwinding of these deals may impact the price, but it's not as easy as saying the market's panicking and the metal will
(reappear in the LME system)," said a source familiar with these types of deals.

TO WARRANT OR NOT TO WARRANT
The size of unreported copper stockpiles in China has been a source of mystery and confusion for years, particularly as the country's booming credit market has created pent-up demand for metal imports as collateral against loans.
That has bolstered prices and tightened supply. LME stocks are below 170,000 tonnes for the first time since 2008 and cash prices were as much as $100 higher than forward prices last month.
The threat of an influx of copper into LME warehouses almost wiped out the cash-to-three-month backwardation on the LME last week. Prices could fall back as low as $6,500 per tonne, Macquarie analysts said. Three-month prices closed at $6,690 per tonne on Wednesday.
On Wednesday, Macquarie analysts estimated that almost 300,000 tonnes of copper could be released from bonded storage in China by September. But they expect another 600,000 tonnes of copper to remain in place, with the allure of easy lending overcoming rising concerns about counterparty risk.
"Large and well-established importers have been seen to survive previous crackdowns and we expect they will again," Macquarie said.
The flow will be at its highest this month with some 110,000 tonnes of metal leaving bonded storage, easing to 90,000 in July and 90,000 tonnes over August and September.
The LME's electronic system for monitoring ownership of warrants, or receipt of ownership, make its network an attractive destination for banks and traders shaken by the probe. About 700 storage facilities operate in 38 locations in its global network, which stretches from the Detroit in the United States to Singapore.
But the LME has not been allowed to operate in China, and the costs of shipping metal outside of China and higher rent charged by LME-approved warehouses may offset some banks and traders' flight to perceived safety in the LME network.
At the same time, metal locked up in so-called repo deals, which give companies access to short-term credit in exchange for goods and a mainstay of China's copper market, would logically stay in China.
So far, there is no sign of the metal's showing up. LME stocks have fallen by 2,000 tonnes since Reuters first reported on the Qingdao crackdown on June 2.
Nervous traders are watching the daily data closely.
"Fundamentally, nothing's changed if you look at the stock numbers," said a London-based LME futures trader. "If Chinese metal appears on warrant, it's a different matter."
Posted by Unknown at 11:17 AM