While the price analogs of the last few year's exuberance in US equity markets are enough to worry all but the most systemically bullish "believer"; we suspect the following article from the LA Times In the Spring of 1987 will raise a few hairs on the back of the neck of perpetually optimistic extrapolator..


It's never different this time..

"One of the largest bullish factors is burgeoning worldwide liquidity, thanks to expansive monetary policies by central banks. That has helped fuel a surge of foreign investing that could propel US stocks higher, regardless of what happens to the American economy, some analysts say...

Also, the sluggish economy--by keeping manufacturing rates low--discourages money from flowing out of financial assets into such investments as factories and machinery." 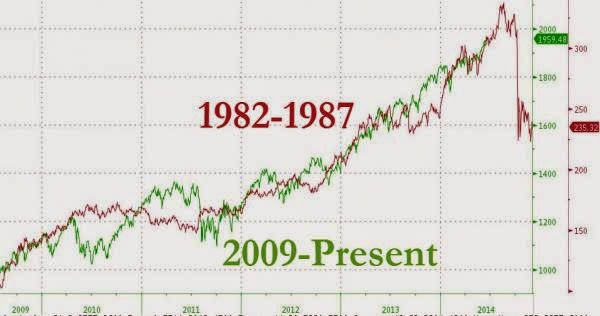