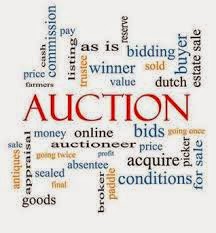 In equities or commodities markets, prices tend to rise or fall abnormally sometimes. In such circumstances, it is necessary to protect an investor from such sharp movements. It is here that ceiling or floor comes into play. Ceiling is applied when prices rise and floor comes into play when rates fall.

An important other objective of the concept of ceiling and floor is to prevent excess volatility in a commodity. This leads to sharp price swings and lower volume, ultimately affecting liquidity in trade.

In India, the Forward Markets Commission, which supervises the functioning of commodity exchanges, has termed the ceiling as daily price limits. It has fixed different limits for agricultural and non-agricultural commodities.

According to the norms fixed by the Forward Markets Commission, the limit for prices of agricultural commodities to either rise or fall is four per cent. Among non-agricultural commodities, the limit is four per cent for PVC and six per cent for steel. For other commodities such as energy products and metal, which are traded on the global platform too, the ceiling/floor is nine per cent.
Even for the price limit, the commission has set a cooling period. For some commodities, this comes into effect the moment prices rise or fall by two per cent. In some commodities, considered as commercial crops, the limit is three per cent. The cooling period is for 15 minutes. After this, the prices cannot rise or drop beyond the set daily limit.

For non-agricultural commodities, the cooling period come into play once prices gain or lose by four per cent (it is three per cent for gold). After that there are two more slabs of two and three per cent (three per cent each for gold) limit to hit the limit.

According to the Ministry of Consumer Affairs, which keeps a tab on commodity exchanges, the daily price limit has been reached 4,746 times for various commodities between 2011 and April 2014.
Posted by Unknown at 9:44 AM