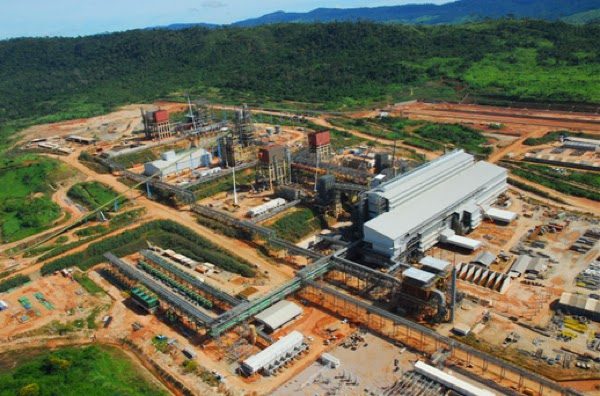 Brazil’s Vale (NYSE:VALE) and members of the Amazon Xikrin tribe made short-term peace late Saturday after Indians blocked access to the company’s Onca Puma nickel mine in the country’s northern state of Para for two days.
According to Vale, Brazil’s largest mining company, over 400 Indians had been blocking the main entrance to Onca Puma, threatening to set it on fire if their demands were not heard.
The firm, the world's second-largest nickel producer, said in a statement quoted by AP that locals want to modify an agreement to mitigate the mine's impact on its community's development.
Negotiations over the Indians demands will resume Monday, the company added
Onca Puma began operation in 2011 and it is expected to hit 60% of its 53,000 tons of nickel annual capacity this year. In 2012, Vale faced furnace design problems, and it was forced to shut down the operation in June. Later that year, the firm had to take $2.85 billion write-down on the nickel mine.
Posted by Unknown at 11:28 AM