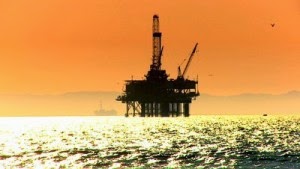 West Texas Intermediate traded near the highest price in three months amid speculation that crude inventories fell for a second week in the U.S., the world’s biggest oil consumer. Brent was steady in London.
Futures were little changed in New York after declining 0.1 percent yesterday. Crude stockpiles probably dropped by 2 million barrels last week to 387.5 million, a Bloomberg News survey shows before Energy Information Administration data today. OPEC nations representing 94 percent of the group’s output said they’re at ease with global supply and demand before a meeting in Vienna to decide on a collective production limit.
“Oil has been boosted by an improved growth outlook in the U.S., but it’s being contained by high supply as we start to work into the driving season,” said Ric Spooner, a chief strategist at CMC Markets in Sydney who predicts investors may sell West Texas contracts if prices rise to about $105 a barrel. “The inventory figures tonight may tell the story on how the market will handle this.”
WTI for July delivery was at $104.50 a barrel in electronic trading on the New York Mercantile Exchange, up 15 cents, at 3:38 p.m. Sydney time. The contract settled at $104.41 on June 9, the highest since March 3. The volume of all futures traded was about 45 percent below the 100-day average. Prices have increased 6.2 percent this year.
Brent for July settlement was up 22 cents at $109.74 a barrel on the London-based ICE Futures Europe exchange. The European benchmark crude traded at a premium of $5.30 to WTI. The spread narrowed for a third day yesterday to close at $5.17.

Crude stockpiles expanded by 1.5 million barrels in the week ended June 6, the industry-funded American Petroleum Institute reported yesterday, according to TradeTheNews.com, a newswire. Supplies were at 399.4 million through April 25, the most since the Energy Department’s statistical arm started publishing weekly data in 1982.
Gasoline inventories shrank by 440,000 barrels, said the API, which collects information on a voluntary basis from operators of refineries, bulk terminals and pipelines. The EIA report will probably show a gain of 1 million, according to the median estimate in the Bloomberg survey of 11 analysts.
In China, the world’s second-largest oil consumer is hoarding crude at the fastest pace in at least a decade, shielding itself from supply disruptions. Its oil imports are helping drive prices higher, according to Barclays Plc, Citigroup Inc. and Nomura Holdings Inc.

Oil ministers from Angola, Ecuador, Kuwait and Venezuela said they anticipated that the Organization of Petroleum Exporting Countries will maintain its quota at 30 million barrels a day. Saudi Arabia, Libya, Nigeria and the United Arab Emirates said supply and demand are well-matched. Iraq’s minister said there were indications the limit would be retained, while his Iranian counterpart also expected no change.
The 10 nations accounted for about 28.2 million barrels a day of output in May, data compiled by Bloomberg show. Ministers from Algeria and Qatar declined to comment on the market or OPEC’s production yesterday. The group’s first meeting since December will be held today.
Posted by Unknown at 11:55 AM