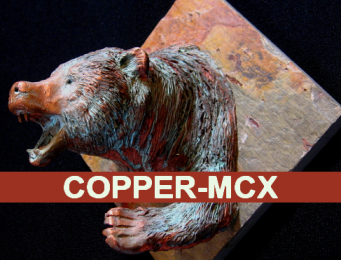 The copper futures contract traded on the Multi Commodity Exchange has dropped sharply over 3 per cent in the past week.

Concerns that a private company in China could have pledged copper multiple times as collateral for loans has triggered this fall.

This is adding further pressure to copper that had earlier tumbled after China, the world’s largest consumer of the metal, witnessed its first domestic corporate default in March.
The MCX-copper futures contract has declined below its key short-term support level of ₹404/kg.

The outlook is bearish since the sharp fall in the past week has happened after many failed attempts to break above the 200-week moving average resistance, at ₹420.

Though the contract is reversing higher from the low of ₹394.55 recorded on Monday, the upside could be limited.

Short-term traders can wait for an intermediate rally and initiate fresh short position at ₹403. Stop-loss can be kept at ₹408 for the target of ₹395.

Key support for the contract is at ₹393.

There is a high probability for the MCX-copper contract to reverse higher from the support level ₹393 in the later stage.
Posted by Unknown at 12:04 PM