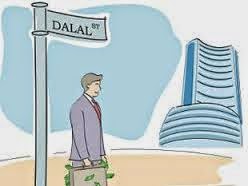 * RETAIL PARTICIPATION: Tax sops to encourage retail investors’ participation in equityThe finance ministry is set to push through major reforms in equity and debt markets to be implemented in the next three months. According to the plan, the foreign borrowing norms are to be liberalised and the capital controls imposed by the Reserve Bank of India last year rolled back. The ministry is also considering replacing short-term capital gains tax with a higher securities transaction tax (STT).
While tax incentives are being considered for retail investors and permanent establishments managing global funds in India, measures are in the offing to deepen corporate bond markets, strengthen retail participation in equities, comprehensively revamp depository receipts and join Euroclear, the world’s largest securities settlement system.
To sell the Indian reform story to foreign investors, Finance Minister Arun Jaitley is planning to go to London, Tokyo, Hong Kong, Singapore and New York for road shows.
“We are looking at a three-month time-frame to roll out many of these measures. Some that require legislative amendment might come in the Union Budget. The restrictions imposed by RBI in July last year will also be lifted,” a finance ministry official, asking not to be named
Budget measures might include abolishing short-term capital gains tax and, instead, levying a higher securities transaction tax (as suggested by the Parthasarathi Shome committee), exempting global income of India-based permanent establishments from tax, and offering tax sops to encourage retail investors’ participation in equity markets.
The finance ministry wants to take measures to boost investments by domestic players, especially the retail ones, as the market rally in recent times has mainly been driven by inflows from foreign investors. “Participation of retail investors is a big concern. We have to push this in a big way,” another official said.
The ministry will also try to widen the scope of both American and global depository receipts (DRs). Currently, only listed companies are allowed to sell DRs (that too only against underlying equity shares). The M S Sahoo committee had proposed DRs for debt and unlisted companies as well. These would give easy access to foreign investors who don’t wish to invest directly in Indian companies.
The finance ministry also wants to relax the external commercial borrowing (ECB) norms and enable companies to fully hedge against foreign currencies. “We want to let borrowers decide how much they want to raise. If you hedge it, the cost of borrowing goes up. So, naturally, they will be cautious,” said the second official quoted earlier.
Experts said ECBs should, in fact, be liberalised generally, with control only for certain sectors. “Refinancing of ECBs should be allowed on a wholesale basis. They should ease end-use of ECBs because international markets provide cheaper funds. Its use should be expanded significantly, while there should be control for certain sectors,” said Abizer Diwanji, partner and national leader (financial services), EY.
In a step towards internationalising debt, the government is also planning to join Brussels-based Euroclear bank.
This will facilitate cross-border settlement of locally-issued government bonds. Officials said this would bring down borrowing cost for Indian companies. The ministry is getting legal opinion on whether this would require amendment to the Sebi Act. It is awaiting a formal view from RBI on the issue.
The government is also trying to liberalise the rupee-denominated corporate bond market. So far, its efforts to deepen this have yielded little result.
“If banks are ready to lend at cheaper rates, who would go for corporate bonds? Unlike the US, our economy is dependent on bank debt,” the official explained.
Posted by Unknown at 12:40 AM