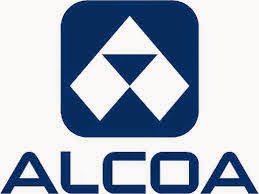 Alcoa, world’s third largest producer of aluminium forecasts a 7 pct increase in demand for the light metal globally for this year. The company predicts that there will be a supply shortfall of about 930,000 tonnes when compared to the previous year deficit of about 730,000 tonnes.
It also expects 8 to 9 pct growth in global aerospace in 2014 Q2 package, mainly due to the strong for both regional jets and large commercial aircraft. They also forecasts about 1-4 pct, 2-3 pct and 4-6 pct growth in automotive, packaging and building and construction respectively.
The company is expecting a steady growth of about 1-3 pct in transportation sector in 2011 due to the weak European market. At US$ 5.8 billion, the company’s Q2 revenues were same as to those recorded in the same period last year however were higher on a sequential basis due to the stronger volumes in the mid- and downstream, better metal prices and higher energy sales.
Posted by Unknown at 10:10 AM