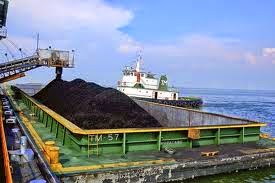 The French mining and metallurgy major Eramet predicts the global nickel market to remain in deficit during 2015-2017 if Indonesia persists with the ban on exports of unprocessed nickel. The company CEO Bertrand Madelin expressed the view while speaking at a company news conference in Tokyo.


According to the company, stocks of nickel ore at Chinese ports are likely to reach lower levels by the end of this year. The world nickel market will end up in slight deficit by end-2014. The Chinese stock levels are likely to deplete owing to the ongoing Indonesian export ban. The global nickel market had reported nearly 150,000 mt of surplus in 2013.
The company foresees the global nickel market to end in real deficit by 2015 on continuing Indonesian ban. A similar ban from Philippines is likely to add to deficit-woes, added Madelin.
Eramet is a French multinational mining and metallurgy company, listed on the Euronext Paris exchange. The company produces non-ferrous metals and derivatives, nickel alloys and superalloys, and high-performance special steels. Through its subsidiary Société Le Nickel, the company has its historical roots in nickel mining, and for over 100 years has maintained a large mining operation in the French overseas territory of New Caledonia. It is also a major producer of manganese from mines in Gabon.
Posted by Unknown at 5:38 PM