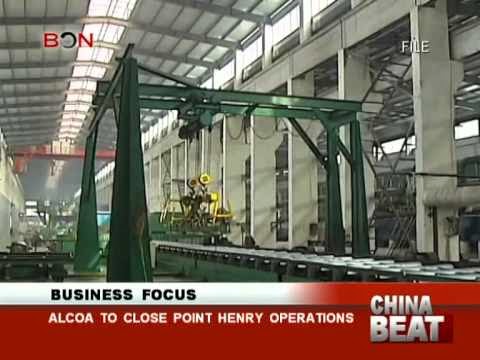 The Point Henry Smelter will close its operation tomorrow after functioning for more than 50 years as an aluminium smelter. The smelter is located near Geelong, Victoria, in the suburb of Moolap.
It is a joint venture between Alcoa World Alumina and Chemicals Australia.
Alcoa has already announced the decision to close the smelter and two rolling mills at Geelong and Yennora due to the pressure caused by the increased Chinese aluminium production and the high value for Australian dollar. As they found it to be economically unviable, Alcoa decided to take the decision of plant closure.
The smelter closure will cause job loss to about 500 employees and 480 employees in the rolling mills. Geelong region is now facing some economies hard times. Ford’s car making center of Geelong will also close down its operations in 2016. The aluminium plant is powered by Anglesea coal mine and power station.