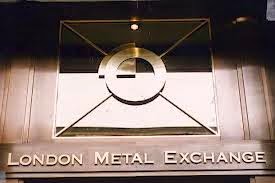 * Ruling could come as early as Wednesday after hearing ends* Appeal hearing is over consultation, not warehouse reform* Rusal says market conditions mean rules to have little impact


The London Metal Exchange (LME) and Russian aluminium giant Rusal (0486.HK) sparred in court on Tuesday as the LME sought to overturn a court ruling and allow it to implement tough warehousing rules to cut backlogs.
The dispute is over whether the LME, the world's oldest and biggest market for industrial metals, should have to launch a fresh consultation after a March court ruling labelled its original process as "unfair and unlawful".
The proposed warehouse rules - designed to speed up deliveries of metal from depots in the LME's global network - were not at issue in the original ruling.
"The LME makes great play of the fact that the judge did not hold that the proposal in itself was irrational," Rusal's legal team led by Monica Carss-Frisk said in written arguments on the first of two days of hearings before a panel of three Appeal Court judges.
"That is not, however, the test. The test is one of fairness."
Rusal argued that the original judge was right to say that the LME was unfair by excluding the option of capping warehouse rents in its consultation. Tuesday's arguments were heavy with legal precedents about the duties of public organisations.
The LME reforms, originally due to take force in April, aimed to make owners of warehouses deliver out at least as much metal as they take in.
Industrial buyers of aluminium, used in transport and to make beverage cans, have to wait up to two years to get delivery of metal from some LME warehouses and the new rules aimed to cut the queues down to a maximum of 50 days.
The exchange, owned by Hong Kong Exchanges and Clearing Ltd (0388.HK), told Tuesday's hearing that Rusal had not brought up the issue of rental caps at warehouses during the consultation process.
Michael Beloff, acting for the LME, said that the Russian company was using that issue to stop the reforms because it was worried that they would depress prices.
Benchmark aluminium prices CMAL3 on the LME have slid 30 percent since touching a peak in May 2011 due to overproduction and surpluses.
Rusal said in a separate briefing document that due to changes in the supply-demand balance, the LME's proposed changes would have scant impact on warehouse queues.
"Such market conditions demonstrate that the rule would have little or no impact at all, rendering the rule largely irrelevant and ineffective in the current circumstances," the Rusal document said.
Rusal says the aluminium market has moved into a substantial deficit due to cutbacks by producers after years of surpluses.


A ruling in the Appeal Court could come as early as the conclusion of the hearing on Wednesday, but the panel could also decide to reserve judgment to take time to consider the arguments, according to the court's website.
(Reuters)
Posted by Unknown at 7:47 AM