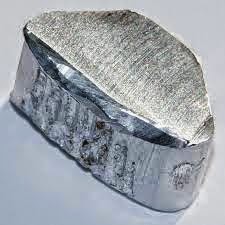 The expected Chinese aluminum surplus in 2014 is likely to get reduced, according to most recent analysis. The robust demand from transport sector and the closure of more facilities may reduce the aluminum surplus from earlier projected 1 million tonnes to less than 500,000 tonnes.
According to sources, almost 2 million tonnes of high-cost smelter facilities were idled in the country between end-2013 and May this year. This followed the sharp fall in aluminum prices. The prices had touched a 5-year low during March this year. However, almost 500,000 tonnes of idled smelters returned to operation following the recovery in prices. The aluminum prices have already recovered nearly 15% from the March lows.
The country’s primary aluminum output grew 7.9% during the first five months of the year when compared with the output during the corresponding five-month period in 2013. The Chinese primary aluminum output totaled 9.59 million tonnes during Jan-May this year. The growth rate has slowed down when compared with 8.2% rise recorded in 2013 over the previous year. The analysts have lowered the projected annual output to less than 28 million tonnes from 28.3 million projected earlier.
The robust demand from transport sector is likely to eat away any surplus production. The export of semi-finished products which makes use of primary aluminum has risen sharply during the second quarter of 2014.
Posted by Unknown at 12:20 PM