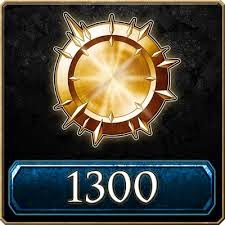 The gold price fell below the psychologically important $1,300 an ounce level on Wednesday after strong economic data outweighed safe haven buying on geopolitical concerns.
On the Comex division of the New York Mercantile Exchange, gold futures for August delivery in early morning trade exchanged hands for $1,294.60 an ounce, down $5.60 from Tuesday's trading session.
US gross domestic product grew at a 4% annual pace in the second quarter, according to government data released Wednesday. First quarter number were also adjusted, showing a smaller contraction.
The much better than expected numbers – led by robust consumer spending and a pickup in construction and business investment – boosted the dollar which usually move in the opposite direction of the gold price.
The data also strengthens the case for an accelerated winding down of the US Federal Reserve's economic stimulus program and a sooner than anticipated rise in US interest rates.
Higher rates increases the opportunity costs of holding gold because the metal is not income producing.
Clouding the picture further was a 2% annualized rise in US inflation at its strongest rate in three years, which could also prompt a hike in rates.
Though off its highs for the year gold is still up some 9% in 2014.
The key US employment report on Friday will give further direction for US monetary policy and the gold price.
Posted by Unknown at 8:53 AM