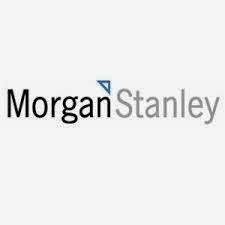 Morgan Stanley raised its nickel price forecast by 13 percent for this year and 6 percent for 2015, anticipating a supply squeeze caused by Indonesia’s ban on ore exports.
The metal will average at $17,640 a metric ton this year and $19,346 next year, analysts including Joel Crane wrote in a report today.
Nickel has jumped 39 percent in 2014, the most among six main metals traded on the London Metal Exchange, after Indonesia barred ore exports of unprocessed ores in January. China is the biggest consumer of the metal, with Indonesia its most important supplier of ore to make nickel pig iron, a cheaper alternative to refined metal for making stainless steel.
“Prices caught a second wind in the second quarter after production at two key projects in New Caledonia, Glencore Xstrata Plc’s Koniambo and Vale SA’s VNC, failed to meet expectations, likely accelerating the impending supply-demand imbalance,” the analysts wrote.
Global supply will exceed demand by 44,200 tons in 2014 before shifting to a deficit of 97,100 tons in 2015, the first annual shortfall since 2010, the bank said. Nickel for delivery in three months on the LME fell 0.4 percent to $19,250 a ton at 10:38 a.m. in Tokyo.
Nickel ore and concentrate imports into China have slumped 36 percent this year, the bank said. China’s nickel pig iron output will drop to 388,000 tons in 2014 and to 212,000 tons in 2015 from 472,000 tons in 2013, it said. Indonesia’s pig iron production will rise from 1,000 tons this year to 46,000 tons in 2015 and about 150,000 tons in 2017, the analysts wrote.

Stainless steel orders in the U.S. remain strong, with some mills booking as far out as November to December, the bank said, citing Wood Mackenzie Ltd. In Europe, consumption of stainless products is strong because of a substantial pick-up in demand from the construction and auto industries, it said.
Base metals will probably be the greatest beneficiaries of China’s intensifying policy-easing measures this quarter, Morgan Stanley said. The bank maintained its positive outlook on copper amid a global shortage and expects prices to average $7,055 a ton in the second half of this year and $7,397 in 2015. It traded at $7,119.50 this morning in Tokyo.
“Copper, lead, and zinc supply-demand balances are already in deficit,” the bank said, adding that nickel and aluminum are headed in that direction.
Morgan Stanley also raised its average price estimates for aluminum by 7 percent to $1,830 a ton in 2014 and 6 percent to $1,913 in 2015, while the bank increased its estimates for zinc by 3 percent to $2,123 in 2014 and 1 percent to $2,348 in 2015.
Posted by Unknown at 12:25 PM