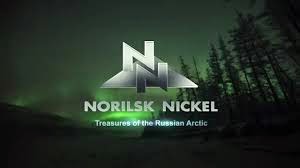 The Russian government said it would cancel export duties for nickel and copper ahead of schedule, as expected, signalling support for a project by Norilsk Nickel , the world's largest nickel producer.
Prices of nickel, used in making stainless steel, have gained 38 percent this year after top exporter Indonesia in January banned shipments of unprocessed ore, leading to fears that shortages would develop.
Russia's decision on Thursday to cut duties to zero from the current 3.75 percent for unalloyed nickel and 10 percent for copper cathodes will come into affect in 30 days after its official publication, which is expected in a few days.
The cut to zero was originally slated for 2016.
Norilsk, which is partially owned by Russian tycoon Vladimir Potanin and aluminium giant Rusal said in May it expected the duties to be cancelled early, which would provide the company an additional roughly 11 billion roubles ($315 million).
Norilsk will use the additional funds to shut down its 72-year-old nickel plant in the town of Norilsk. The shutdown will not affect its production plans.
The decision to cut duties will add between $120 million and $140 million to Norilsk's 2014 core earnings (EBITDA), currently estimated at $5 billion, analysts at Otkritie Capital said in a note on Thursday.
($1 = 34.9550 Russian Roubles)
Posted by Unknown at 10:06 AM

Email ThisBlogThis!Share to TwitterShare to FacebookShare to Pinterest
Labels: Base Metal Copper, Base Metal Nickel