Aluminum in Bull Market as Investors Lured by Shortage Outlook 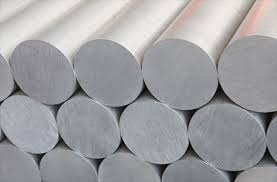 Aluminum entered a bull market in London and traded near the highest in 16 months on speculation demand will exceed supply for the metal used in everything from cars to packaging.
Stockpiles monitored by the London Metal Exchange slumped 9.4 percent this year to the lowest in 22 months. Producers outside China cut output after prices on the bourse slumped 13 percent last year. Demand will exceed supply by 136,000 metric tons this year, with the deficit widening to 504,000 tons next year, Bank of America Corp. estimates. Premiums added to the LME benchmark price to obtain metal in Europe, North America and Asia climbed to records this year.
“Aluminum is another metal with improving fundamentals, so we’re not surprised to see the price rally there,” said Nic Brown, head of commodity research at Natixis SA in London. “As the global market gradually shifts into deficit, so the LME aluminum price should benefit.”
Aluminum for delivery in three months on the LME was little changed at $2,021.75 a ton at 9:20 a.m. in Tokyo. The metal advanced 2 percent to $2,020 a ton yesterday, 20 percent above the closing low of $1,677 on Feb. 3, fulfilling the common definition of a bull market. The price touched $2,024.25 yesterday, the highest since Feb. 28, 2013, and is 12 percent higher this year.
Output cuts outside China, the biggest producer, reached almost 2.8 million tons a year since November 2011, while curbs in the Asian nation amounted to 3.2 million tons since January 2013, according to HSBC. Producers are unlikely to restart in the coming quarter even if prices recover,Michael Widmer, an analyst at BofA Merrill Lynch in London, said a report July 10. Traders hold inventories “tightly,” he said.

Stockpiles tracked by the LME fell for a 14th straight session to 4.95 million tons, the lowest since Sept. 12, 2012. Not all is immediately available as some metal is tied to financing deals. It takes 774 days to withdraw aluminum from LME-approved Pacorini Metals warehouses in the Dutch city of Vlissingen, according to the LME. Wait times at the biggest repository of LME aluminum lengthened by 58 days from the end of May.
Premiums added to LME prices for immediate delivery, which indicate regional supply and demand balance, are at a record $455 a ton in Europe, while the U.S. surcharge climbed 68 percent this year to 19.75 cents a pound, according to Metal Bulletin data. Aluminum for immediate delivery traded at a $13.75 a ton discount to the three-month contract last week, the narrowest contango since Dec. 18, 2012. A narrowing contango signals shrinking supplies of nearby metal.

The rally in industrial metals including aluminum has been driven by “paper market positioning” on the back of improving macro sentiment, money inflows and anticipation of more positive supply and demand conditions next year, David Wilson, an analyst at Citigroup Inc. in London, said in a report July 16.
Analysts from Citigroup to Macquarie Group Ltd. still question whether the rally can be sustained as China ramps up production. LME stockpiles are equivalent to almost the whole of North American consumption last year, according to HSBC data.
“You cannot ignore the gigantic stocks overhanging this metal,” said Vivienne Lloyd, an analyst at Macquarie in London. “It’s true to say a lot of these metals are not as easily accessible as perhaps they should be, but the story doesn’t really hold water. The metal is fundamentally oversupplied.”
bloomberg
Posted by Unknown at 7:14 AM