After over six-month of heated debate over restrictions on mineral exports imposed by Indonesia in January, the newly elected government is offering mining companies in some tax cuts ton settle the dispute.

Joko Widodo, who was elected President this week, vowed during his campaign to solve the long-dragged row that has already taken a significant toll on the government mining revenues. 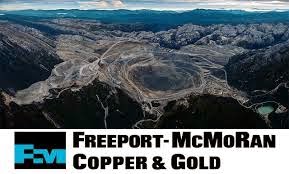 According to Reuters, US miner Freeport-McMoRan Copper & Gold (NYSE:FCX) will be the first to take advantage of the deal, resuming soon concentrate — semi-processed raw material — shipments from its massive Grasberg mine, the world's No.3 copper operation.

Fellow US-based miner Newmont (NYSE:NEM) hasn’t been as lucky. The company has cut several thousand jobs on a poor, remote island, declared force majeure, and is paying more than $20 million a month to maintain its Batu Hijau copper and gold closed mine. All this while the government gets no revenue and is embarrassed by an international lawsuit filed by the Colorado-based firm earlier this month.The company has been able to run it at about half of normal rates this year as it sends some copper concentrate to a domestic smelter it helped build in the 1990s.
Indonesia introduced restrictions on export of unprocessed minerals in a bid to increase local processing in Southeast Asia's largest economy.
This week the country allowed two miners to resume exporting iron ore, lead and zinc concentrates. Copper shipments, however, remain stranded.
Posted by Unknown at 7:55 AM