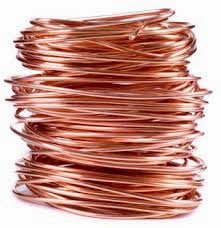 London copper marked its highest in over four months and LME zinc touched a three-year peak on Thursday, with second-half fund allocations pouring into the sector as the demand outlook brightens.
FUNDAMENTALS
* Three-month copper on the London Metal Exchange had edged up 0.1 percent to $7,131 a tonne by 0121 GMT, earlier hitting a fresh 4-1/2-year month peak of $7,145 and adding to a 1.4 percent advance from the previous session.
* The most-traded September copper contract on the Shanghai Futures Exchange climbed 1.8 percent to 51,110 yuan a tonne, having earlier hit a five-month high.
* ShFE zinc roared up 3 percent, tracking gains in London, after LME zinc hit its highest in nearly three years, propelled by expectations of a supply deficit and momentum based buying after clearing a key hurdle on charts.
* U.S. private-sector hiring hit a 1-1/2-year high in June, reinforcing views that momentum was building to carry the economy through the rest of the year after a dismal start.
* China's Premier Li Keqiang said on Wednesday downward pressure still existed in its economy despite it operating within a reasonable range and some leading indicators demonstrating a positive trend.