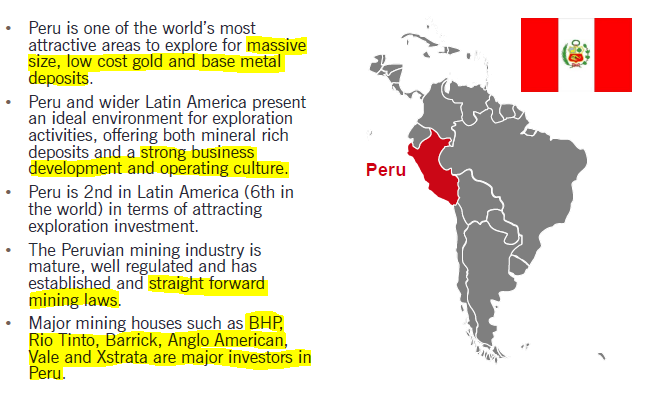 Peru gold, copper zinc and tin production declined sharply year-on-year during May this year while its Silver output advanced by nearly 7.5% from a year earlier, as per latest government data.
Gold and Silver Production
Gold production declined sharply by 24.6% to 10,629 kg from 14,091 kg a year ago on falling production at mines operated by Newmont (-40%) and Barrick (-31%). Production has also fallen due to a government crackdown on illegal gold miners in the Amazon jungle.
Silver production advanced sharply by 7.4% year-on-year to 332,629 kg as Buenaventura (+24%) increased production.
Minerals account for about 60% of Peru's total exports. Peru is also the world's second-biggest silver producer and fifth biggest producer of gold.
Copper, Zinc ad Tin Production
Nation's copper production dipped by 2.1% to 106,946 mt from 109,278 mt a year earlier as declines at Antamina (-27%) and Freeport's Cerro Verde mine (-11.2%) offset gains at Glencore's Antapaccay operation (+17%) and Southern Copper (+12.4%).
Zinc production fell 6.6% to 112,528 mt due to a drop in output at Antamina and mine closures by Buenaventura and San Ignacio de Morococha, while lead gained 3.1% to 23,575 mt on gains at Votorantim Metais unit Milpo and the startup of Trevali Mining's Santander mine, according to the ministry.

Minsur, the country's only tin producer, increased production 4% to 1,892 mt, while molybdenum rose 0.8% to 1,208 mt as Southern Copper increased output. Cadmium production at Votorantim Metais' Cajamarquilla refinery gained 16.3% to 67 mt and tungsten rose 64% to 7 mt.
Posted by Unknown at 12:26 PM