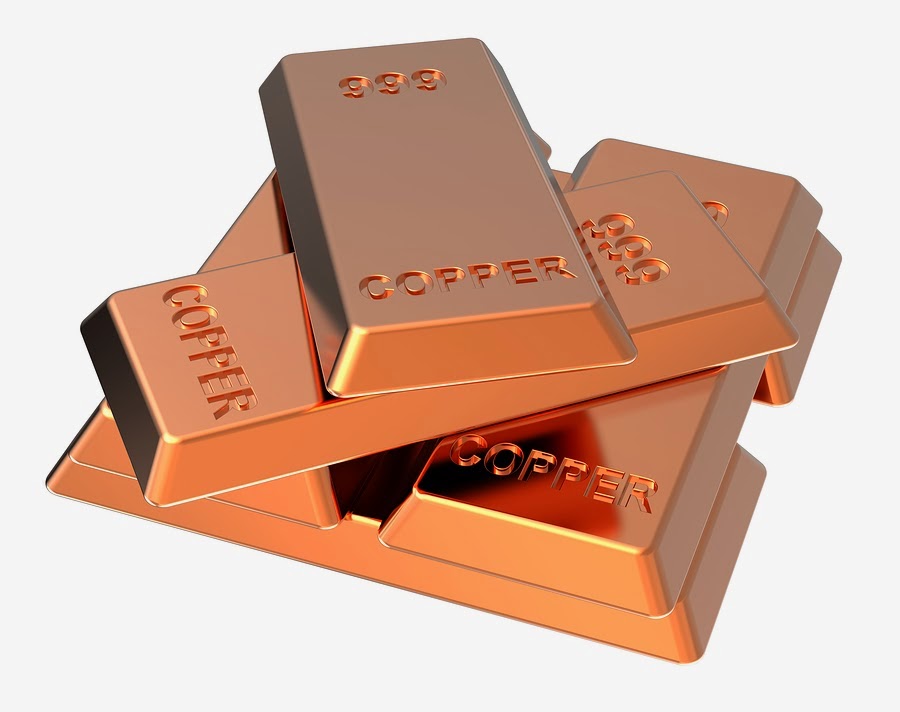 Goldman Sachs in its latest research note on commodities, released yesterday, states that the global copper market is likely to witness a surplus of around 350,000 to 500,000 mt over 2014-’15. Also, copper prices are likely to fall to lows of $6,200/mt over a period of twelve months.
According to Goldman Sachs, the copper market is likely to remain in surplus in 2014 and 2015. This is despite considering the strong demand growth expectations from non-Chinese markets and the anticipated capacity cuts at copper smelters around the world. The copper prices are expected to fall to $6,600/mt over the next three months. The prices may further fall to $6,400/mt on a six-month horizon. Over the next 12 months, the prices may reach levels as low as $6,200/mt.
The investment banks notes that there are several negative factors that weigh on the copper industry. One of these factors is the overdependence of the commodity on Chinese property market. The bank anticipates the Chinese real estate market to remain bearish in 2014 and 2015. The underperformance of the property market may keep the copper prices under pressure.
Secondly, the Chinese copper financing deals have shifted large volumes of physical copper from markets on to bonded warehouses. It may require at least 6 to 12 months for the situation to ease.
Consequently, the copper average price forecast for 2015 is being lowered from $6,600/mt to $6,400/mt and that for 2016 is being lowered from $7,000/mt to $6,600/mt.
Posted by Unknown at 11:30 AM