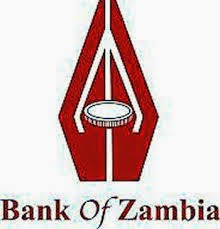 Zambia’s copper output in the first quarter of 2014 increased by more than 100,000 metric tonnes. During the first quarter of 2013, the production was about 300,000 tonnes.
During the period January to March, the exact copper output stood at 473,249 metric tonnes, rose from 399,515 tonnes of the same period previous year. Michael Gondwe, the Bank of Zambia Governor while announcing the copper production figures, said about the current developments taking place in the mining sector all over the nation.
He added that the copper output was increasing by 18 pct on YoY basis. Dr. Gondwe added in a statement that the first five months earnings from copper export rose by 7.4 pct to about US$3,209.1 million due to the hike in export volumes. And this figure during the same of last year was about US$2,987.5 million.
The export volume has increased by 19.4 pct to about 477,485.3 metric tonnes from 399,919.8 metric tonnes of same period of 2013. But, the average realized copper price has declined by 10 pct to about US$6,720.86 per tonne from US$7,471.77 reported during the same period last year.
Dr Gondwe mentioned in the statement that copper price decline by 9.2 pct to about US$6,691.00 a tonne as at June 11 2014 from US$7,360 a tonne at December 2013 end, impacted on market sentiment. He added that the government was focusing to implement diversified export base by right interventions in economic sectors and significant activities for encouraging potential exports.
Posted by Unknown at 9:45 AM