China's MMG to Cut 2014 Zinc Output due to Increasing Prices 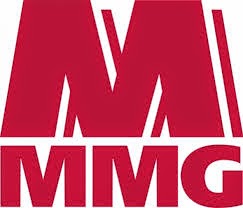 MMG Limited of China decided to curb its 2014 zinc output due to the increasing prices of metal because of the limited supply.
The company’s century mine of Australia is planning to run dry next year, which removes about half-million tonnes of zinc from the 13 million tonne global market. This results an increasing price for the metal.  The mine is the world’s largest zinc source.
This made the mining giants Nyrstar and Glencore to find out new zinc source so as to meet up with the Chinese zinc demand for rust proofing the new cars and to coat steel. In this week, LME-three month zinc traded at its highest price, which is the highest in almost three years. Since March end, the prices have increased 20 pct.
The company cut production output targets of zinc concentrate from 600,000 to 625,000 to between 575,000 tonnes and 600,000 tonnes due to the slow performance at Century mine in the second quarter this year. The Q2 output of the zinc decreased by 13 pct year on year to about 110.891 tonnes. Refiners of Nyrstar are the major buyers of Zinc mines at MMG.

MD of MMG, Mr. Andrew Michelmore said that what they were seeing at present was a recognition that not only Century but also number of other mines were closing down and supply of the zinc concentrate was going to be tighter and tighter. Duglad River deposit in Australia, which is now subjected to an assessment of future enhancement, will partially replace the lost production output from Century.
Big Brunswick and Perseverance mines closure in Canada caused zinc lost of about 335,000 tonnes last year. Due to depletion, old mines in Africa and Europe also get closed. Zinc is mainly used as an anti-corrosive in the galvanizing process.

The global zinc metal market declined to 194,000 tonne deficit the first five months to May 31, according to the International Lead and Zinc Study Group. This is above 10 times the deficit reported in the first 11 months of the year 2013.
Posted by Unknown at 7:17 AM