Commodity investors get the cold shoulder, No relief from transaction tax, 80:20 rule too not eased

No relief from transaction tax, 80:20 rule too not eased
Participants in the commodity market had given a long wish list, but they have been left disheartened by the Finance Minister.
Their request for removing commodity transaction tax on non-agricultural commodities has not been granted.
Also, gold jewellers who have been long lobbying for lifting of gold import restrictions and reduction in gold import duty have been left high and dry.
Stocks of Tribhovandas Bhimji Zaveri (TBZ), Titan Company and Rajesh Exports traded in the green when the market opened, but pared their gains after the Budget was table in Parliament.
TBZ and Titan ended five per cent lower for the day. 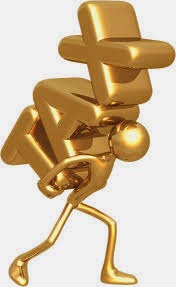 Markets in a tizzy

This has been as bad year for commodity trading like 2013, when turnover at the commodity bourses dropped 28 per cent.
MCX, the largest commodity futures bourse with large chunk of the volumes from bullion and energy contracts, has seen its turnover nosedive.
Now, the monthly turnover on MCX is just a third of what it used to be in 2013. Average monthly turnover in gold and silver contracts has more than halved.
Industry observers say the levy of CTT is the major reason for fall in volumes on the commodity bourses as it has hit margins of arbitrage traders.
Introduced in July last year, the Commodity Transaction Tax was being levied at the rate of 0.01 per cent on the sell side and is applicable on all non-agricultural commodities including gold, silver, industrial metals and energy and a few agricultural commodities.
Though the levy is just 0.01 per cent of the contract value, the new tax has increased the cost of trading by 18-20 per cent.
Losing sheen

Jewellers have nothing to celebrate either.
As the Government announced the 80:20 rule giving all gold importers an export obligation, the premium on gold bars in the spot market in Mumbai touched a high of $110/ounce in January. But since then domestic jewellery demand has not been great.
The Government also lifted some curbs on gold imports, so much of the premium has evaporated.
However, gold jewellers wanted the Government to reduce import duty and go easy on the 80:20 rule and free them from export obligations in the Budget.
But, both these haven’t happened. Official gold availability in the country may thus continue to be tight, warranting premium. Currently, the premium in the market is around $5-10/ounce.
Posted by Unknown at 11:50 AM